Kuwaiti couple arrested for making 'objectionable video'
The Kuwaiti police arrested a married couple who shared it on social media by making an 'objectionable video'.
A couple of days ago, husband and wife made a derogatory and hot video and shared it on social media, after which people criticized them.
Kuwaiti police arrest husband and wife in action after an inappropriate video went viral.
The Arab newspaper 'Gulf News' quoted a local Kuwaiti newspaper in its report, saying that in the video the woman could be seen displaying her body in a pornographic manner. 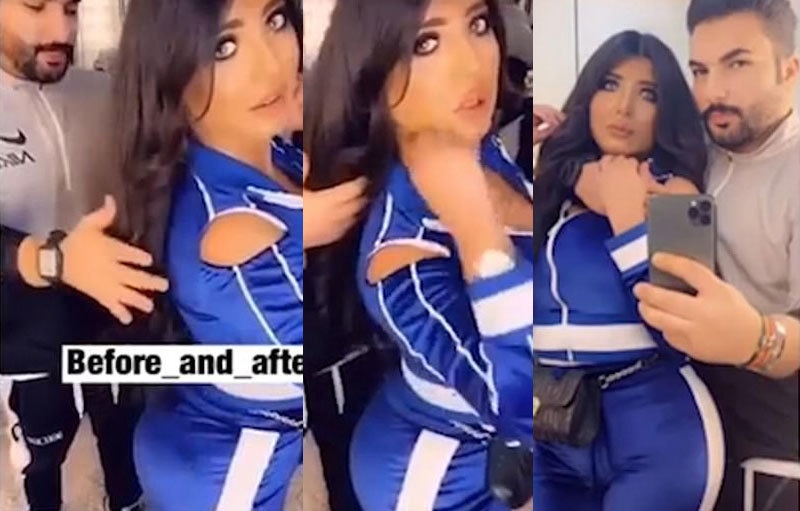 In the video, the woman could be seen displaying her body in an inappropriate way - screenshot

According to the report, police also started investigating the video making where the husband and wife were arrested after the video went viral and according to preliminary investigation the couple had deliberately made such inappropriate video.
In the short video, the husband was shown trimming and combing his wife's hair while the two were also seen speaking in their native language.
According to the report, both men also displayed pornographic and inappropriate phrases in the video and the woman also displayed her body in a vulgar manner in the video.
Police have arrested the couple for taking action after people criticized the couple online for allegedly displaying obscene phrases and displaying their bodies.
Kuwait is considered a reactionary country where bold videos and images are not allowed on social media, while inappropriate female passages are not liked.

Films Will Be Released on This Eid Two Years Later