The news of the cancellation of talks with Khalil-ur-Rehman Qamar was spread on social media, and allegedly the administration's attention was directed by the students to such an event that women could not be hosted at the university. Who has anti-women views?

The event was to be held from 11 am to 12 pm on January 22, which was organized by the Institute Center for Learning and Cultural Development and invited a director.

A faculty member at the university confirmed the condition of anonymity, stating that the event was cancelled at the protest of the students.

According to the source, "Kinnaird College has been working to bring women forward for a hundred years and we cannot host anyone who does not have good ideas about women."

No formal statement has been issued by Kinnaird College in this regard. 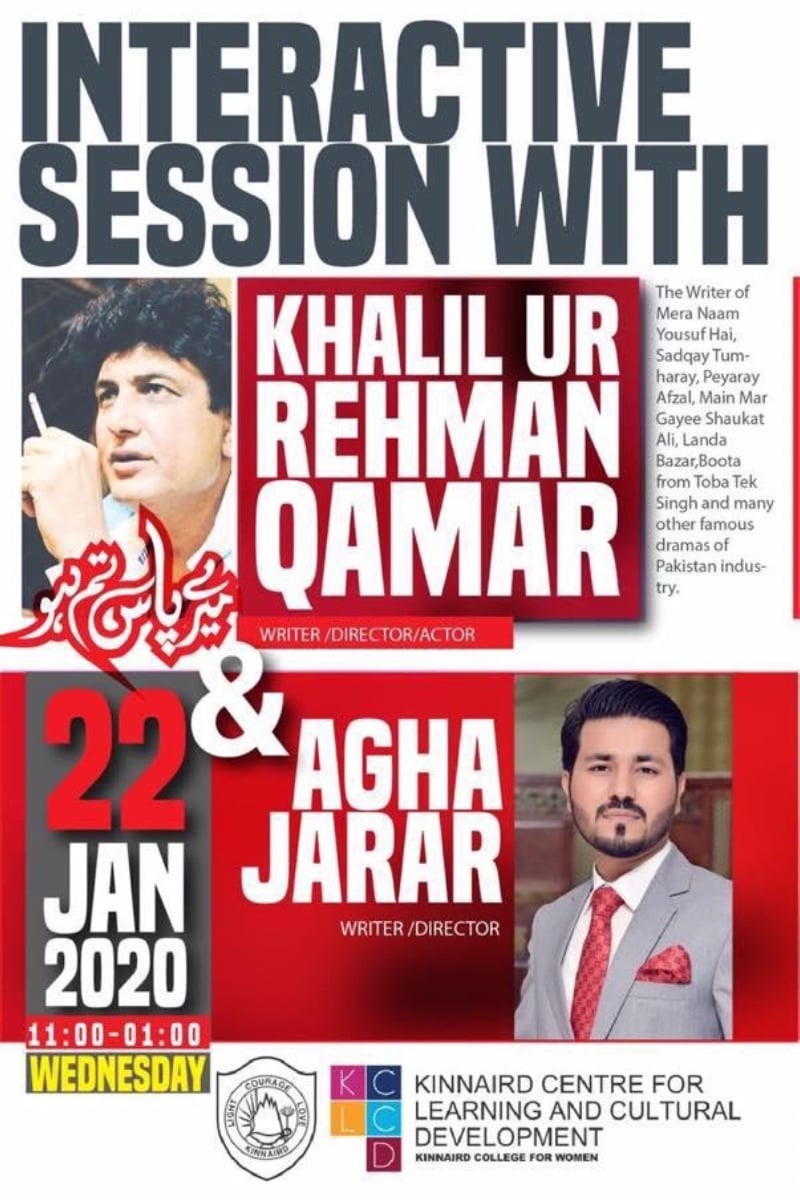 Poster for this session
Think you have the popularity of You are touching the sky, but its author Khalil-ur-Rehman Qamar is also being criticized for controversial statements.

The woman from Punjab's capital Lahore has also approached the court to prevent this episode of the drama from being aired.

A woman from Lahore, Maham Jamshed, filed a petition with her lawyer to prevent the last episode of the drama from being broadcast in the civil court, alleging that women were ridiculed and portrayed in a negative role. I tried to depict women in society.

It was also requested that the court issue orders for the final episode of the play to be shown in cinemas.

In an October 2019 interview, he made a controversial statement saying, "He does not call every woman a woman, in his view, the woman has a beauty and he is loyal to her and if he is not, then for her the woman Not at all. '

He further said that if women talk about equality, they should gang rap together, which they have also been criticized for. The leading play by Lahore's Kinnaird College for Women says, 'I have you Yesterday, a discussion session with Khalil-ur-Rehman Qamar, the author, was cancelled at the students' protest.

I was very bold, As i get to close to Allah, I think a million times before saying anything: Hamza Ali Abbasi