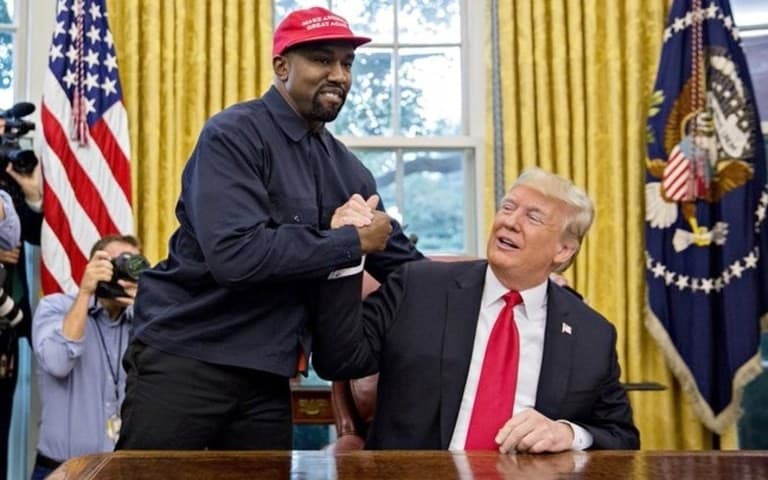 The Associated Press (AP) reported that the singer submitted her nomination form on July 16, citing a female Oklahoma Election Board spokeswoman. Election Board spokesman Musha Moher said two other presidential candidates, including Kanye West from Oklahoma, would run as independents. Kanye West also paid a 35,000 $ fee to submit a nomination form for the presidential election, while he also submitted documents regarding other prerequisites for the election.

In addition, it is being speculated that Kanye West may also submit nomination forms in a few other states. A few days ago, Kanye West announced that he would not support Donald Trump, saying that if he were elected president, his victory should be considered as an appointment by God. Kanye West had said in an interview that he had received a signal from God to run for the presidency and that if he won the 2020 presidential election, his victory would be considered his appointment by God.

The US presidential election will be held on November 3 and the last date for registration of independent candidates in various states was July 4, 2020. However, registration for independent candidates can still be done in many states. The race for the 46th president of the United States will be between Donald Trump of the Republican Party and Joe Biden of the Democratic Party. In addition to Donald Trump and Joe Biden, several independent and smaller parties will run for president.

Related Posts
New Images of Hassan Ali's Wife Goes Viral on Social Media
Amna Ilyas Once Again Criticizes Whitening Creams
Legend pop singer Michael Jackson's nephew Jaafer Jackson arrives in Pakistan
PIA mismanagement is unforgivable: Actress Mahira Khan
Indian media accused of spreading Corona to Pakistan is foolish, Shahid Afridi
Ayeza Khan nominated for the best actress
Two and a Half Months After the Marriage Claim, Hareem Shah Announced Not to Get Married
To be brought back, I do not want to die in a foreign country, Meera appeal to the Prime Minister