Leading Hollywood actor Johnny Depp has completed his statements in a London trial over allegations of violence against his ex-wife, Amber Hurd. Johnny Depp first appeared in the London High Court on July 7, where he recorded his statement in a lawsuit filed against the leading British newspaper The Sun for publishing a false article. The actor had filed a lawsuit in a London court in April 2018 against the British newspaper The Sun for writing a false article. 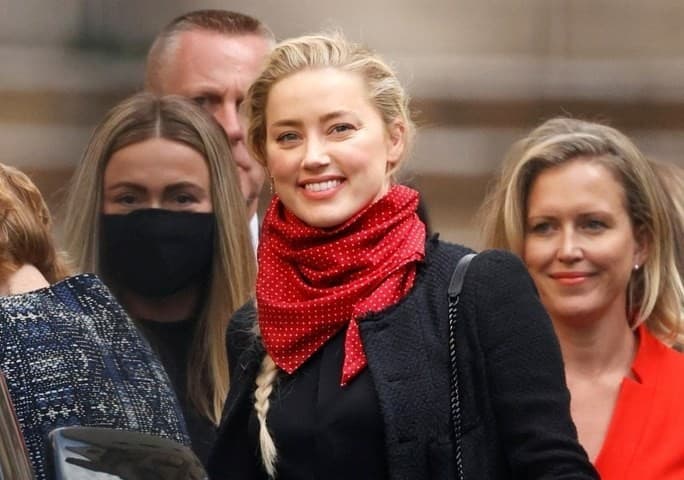 Several women in support of Johnny Depp in the case also recorded statements and told the court that they had never seen the actor tortured. In the first hearing of the same case, on July 7, Johnny Depp once again denied all the allegations of violence against his ex-wife Amber Heard and told the court that the actress, who was half his age, married him under the agenda and gained wealth and fame. The actor had denied the allegations of violence against Amber Heard, saying that his ex-wife had tortured him.

After July 7, Johnny Depp completed his statements and affidavits by July 14, denying allegations of violence against Amber Heard at every hearing, claiming that his ex-wife had been abusing him. During the hearings, the court was informed that Johnny Depp tortured Amber Heard at least 14 times in different countries and occasions from 2013 to 2016. During the hearing, the court was also informed that in the early days of her marriage to Johnny Depp, Amber Heard had an illicit affair with Elon Musk, owner of Tesla, a private car and scientific equipment company.

The court was told that Amber Heard had formed a relationship with Elon Musk and another co-star, James Franco, shortly after her marriage. Johnny Depp recorded all of Amber Heard's allegations at the July 7-14 hearing, Reuters reported. According to the report, the actor claimed during the hearings that it was not her but Amber Heard who had been torturing him. Concluding his remarks, Johnny Depp said that in 2016, when he found out one day that he had lost 65 650 million due to the incompetence of his former manager, as well as not paying taxes for 17 years. He was also fined another 100 million, the same day he was tortured by Amber Heard.

According to Reuters, after Johnny Depp's statements have been completed, Amber Heard's statements will now be recorded and the actress will probably record her statements next week. The hearing to record Amber Heard's statements is also expected to last up to a week, after which the court will likely announce a verdict in the third week. If the allegations against Johnny Depp turn out to be false, the British newspaper could face harsh court orders, including a fine of 200,000 euros.

The baby's death was caused by heavy stones

Related Posts
An Artist who make 3D Drawings on the Paper
I Have No Intention of Getting Married, Charlize Theron
Ali Zafar Accused of Harassing Another Woman, Claiming Rs 50 Crore Damages
Turkey's mosque turned into a 'supermarket' for the needy
Entry into WebSeries after Child Star Roomi's Mere Pas Tum Ho
Humayun Saeed's Request to Cast Adnan Siddiqui in the Film.
Aamina Sheikh's Tips on Training Children at Home
Bollywood actor Irfan Khan's mother Saeedah Begum has passed away in India