JK Rowling is currently releasing a chapter of her new book, The Ickabog.

For which he has also invited the children to make pictures based on this story and tweet them. It is a kind of competition in which children from many countries can participate, but Pakistan is not yet one of these countries.

But do you know who responded when a picture of a nine-year-old Pakistani girl based on 'The Ickabog' was shared on Twitter? Of course, it sounds a little impossible, but that's exactly what happened! JK Rowling not only retweeted the photo but also praised it.

Find out how it all happened. 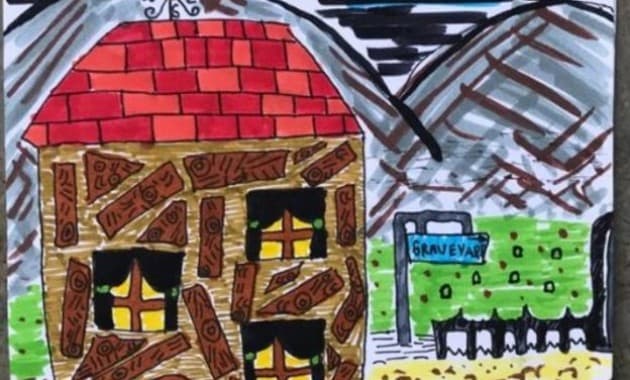 Start talking from the beginning?

So when Sarah Jameel, a Karachi-based graphic designer, heard about The Ickabog, she told her children about the days when they eagerly awaited every new Harry Potter book. Their children love to read books and draw pictures anyway.

Her youngest daughter, Leila, began reading the chapters of The Ickabog and even jokingly drew a picture, even though she knew she could not compete. Sarah herself rarely visits Twitter, so she asks a friend, Khizra, to tweet a picture of Leila.

Just because Pakistani kids don’t qualify for #TheIckabog competition, doesn’t mean niece Leila was going to miss being a part of the experience. Hope @jk_rowling likes this version of the Dovetails’ house, because that would be just as awesome as having the drawing chosen ❤️ https://t.co/KCLdN63Ag0

After this tweet, both of them felt that the matter was over.

But what happened? JK Rowling's answer came within fifteen minutes!

I LOVE this beautiful picture of the Dovetails' house, Leila! You've put so much of the story into the illustration: it's clearly a carpenter's house, with all those wooden accents, and I love the garden and flowers (but the sign to the graveyard adds a sad note 💔) #TheIckabog https://t.co/ElyvYuJtUH

"Laila was asleep by then, but we were so happy," says Sarah. My kids are fans of JK Rowling but I am also a fan of them. Responding to your fans in this way shows their kindness. At a time when there seems to be anxiety and darkness everywhere, what happened is nothing short of magical! '

And how did Laila feel when she woke up and found out?

"I love all the characters in this story, especially King Fred the Fairless!"

"A scene from the fourth chapter impressed me a lot and I had a clear picture of it in my mind, so I thought I'd make it," says Leila.

And the picture became such that JK Rowling wrote in her tweet, "Leila, I really like this picture of the house of Dootels!" How many aspects of the story have you added to this picture? It's obviously a carpenter's house, I like the garden and all the flowers (but at the same time I get a sadness from the cemetery)."

Leila says she was shocked to learn that JK Rowling had indeed answered her. But she also wants to send a message to the popular author, "I think JK Rowling should introduce a woman as the main character in this story." Girls rarely play a central role in their stories.

It is unknown at this time what she will do after leaving the post, but we do agree.

PTV plans to raise Rs 20 billion from the public

Related Posts
Why February 2020 is unlucky for India
The Singer of Apne Ullo Kitne Tedhe Wassu's Condition is Not Well
Laila Zuberi Against Foreign Dramas but in Favor of 'Ertugrul Ghazi'
Leading Indian Musician Wajid Khan Has Passed Away
After Acting, Yasir Hussain Made His Directorial Debut
Bushra Ansari Got Divorced After 36 Years Because of Her Daughters
The unique 'All in Challenge' campaign to fund Corona victims
I have been a victim of domestic violence and sexual abuse, JK Rowling