Hollywood actress, singer, comedian and writer 48 years old Jada Pinkett Smith, has admitted that despite being married, she had an extramarital affair with a man half her age four years ago. According to the Associated Press (AP), Jada Pinkett made the confession while doing a live program on Facebook with her husband, Will Smith. The couple performed the unique program at a time when a few days ago, 27-year-old American singer August Al-Sina made several revelations in an interview about his relationship with Jada Pinkett Smith.

August Alsina revealed in an interview that when she and Jada Pinkett, an actress twice her age, formed a relationship, she felt as if her husband had allowed Jada Pinkett to have an extramarital affair. The relationship between August Cena and Jada Pinkett Smith was established in 2016 when the actress separated from her husband. Jada Pinkett and Will Smith had been separated for some time due to some bitterness and problems and at that time there were rumours that the two would get divorced, but it did not happen.

God said, We may grow weary and tired fighting in the fire, but we shall NOT be burned! The journey to freedom is a deeply complex, tricky, and turbulent road to tow; yet very necessary. Oppression comes in so many forms these days, beginning w/ physical slavery and bondage to the white man, then passed down generational programming that manifest into mental enslavement. Slaves to an idea, slaves to an image, slaves to a code of conduct, slaves to a picture you’ve created in your mind.. even if it contains many falsities.. & anything that differentiates from your “idea” & “image” feels like an attack. & I get it; not only do i get it but I’m also sorry you feel that way, BUT, The only attack here is against the invisible walls of silent societal construct and “code” we place upon each other & upon ourselves hidden behind the desires of others approval & acceptance; another form of slavery & bondage that blocks one’s truest self from showing & spirit flow. Be blocked and stuck for what? Live silent, pressed down crippled in fear for who ? Adversary is but a gift given to you to flourish. We are surround by so much disharmony in this external world, so it is my forever job to do whatever’s necessary to reach the gift of harmony within myself. Truth & Transparency makes us uncomfortable, yes, but i can’t apologize for that. A tower of truth can never fall, only a tower of lies can do that. My truth is MY truth, & its mine to own. There is no right or wrong here, it simply just IS. & I make room and have acceptance for your thoughts and opinions, regardless if I agree or not, you have that freedom to feel WHATEVER it is u feel because when you’re at TRUE peace, all of the noise and chatter becomes that of a whisper. My heart has no malice or hate toward anyone on this planet. I just simply want the chains off & I’m willing to DIE getting there. The gift of freedom is yours to have, God promises us that, but only if you’re willing. &God is not a man that HE should lie.. & I’m His SON, so neither would I. 🙏🏽 W/ that being said i should also say that, no one was side swiped by any conversation, everyone got courtesy calls time in advance. Wishing Everyone Big Love!

Jada Pinkett and Will Smith were married in 1997 and have two children, both of whom are widely believed to be followers of the controversial science of science. The doctrine of "Scientology" works in many European countries, including the United States, and its adherents practice their beliefs under a church-like system. For those who hold this view, the Church of Scientology in the United States also operates separately and independently. The church has several branches, in which Scientologists serve. 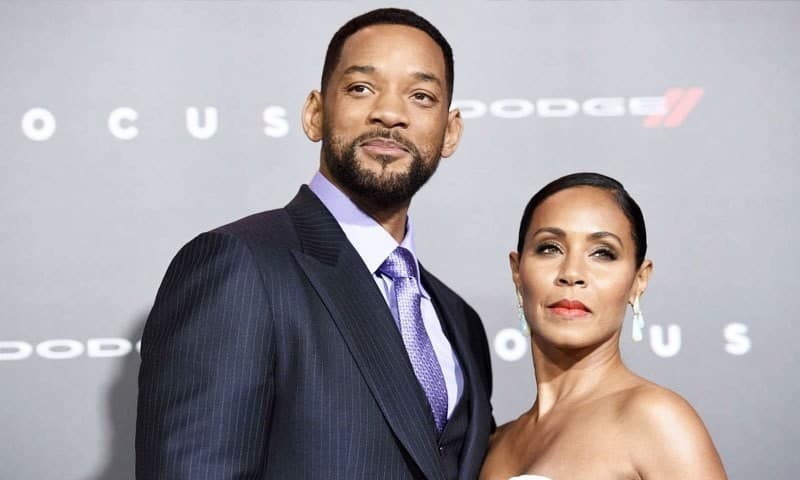 At the time of their separation, Jada Pinkett had established a relationship with half-aged man August Sina. At the time, Jada Pinkett was 44 years old, while August Cena was 23 years old and the two were seen together in public. August Alsina recently made a number of revelations about her relationship with Jada Pinket, one of which was that she felt that Jada Pinkit may have been allowed to have such a relationship by her husband himself. After August Alsina's interview, there was a lot of talk about Jada Pinkett and Will Smith, after which the couple came to Facebook and programmed and talked about all the speculations.

After August Alsina's interview, there were rumours that Jada Pinkett and Will Smith had a marriage in which both husband and wife were allowed to have sex with a third person. After such rumours, the two programmed together and rejected all such speculations. According to the AP, during the interview, Jada Pinkett Smith admitted that he had established a relationship with August Al-Sina.

Things to Do in Murree, Attractions, and Top Must Visit Places in Murree

Related Posts
Bail of 5 Accused Including Effat Omar in the Case Filed on the Complaint of Ali Zafar
Sonya Hussyn Vows to Enjoy Every Moment of the Year 2021
saheefa jabbar khattak From Uniformity in Dramas and Displeases With Anti-woman Themes
Mahira Khan's shocking response to a female
Actress Madiha Rizvi Celebrated Her Daughter Birthday
Why was 'Mangani Mubarak Hania' Become Trend on Twitter?
Disclosure of personal and important information of thousands of models
Actress Sanam Chaudhry Gives Birth to Her First Child