It is Not Good for Humayun Saeed to Be a Romantic Hero at This Age.

Noor Bukhari, a popular past actress, has said that Humayun Saeed should play more mature roles; it is not digestible for him to be a romantic hero at this age.

Along with sharing a screenshot of the cinema ticket, he also shared a video of Humayun Saeed's romantic scenes while watching the movie and expressed his opinion. 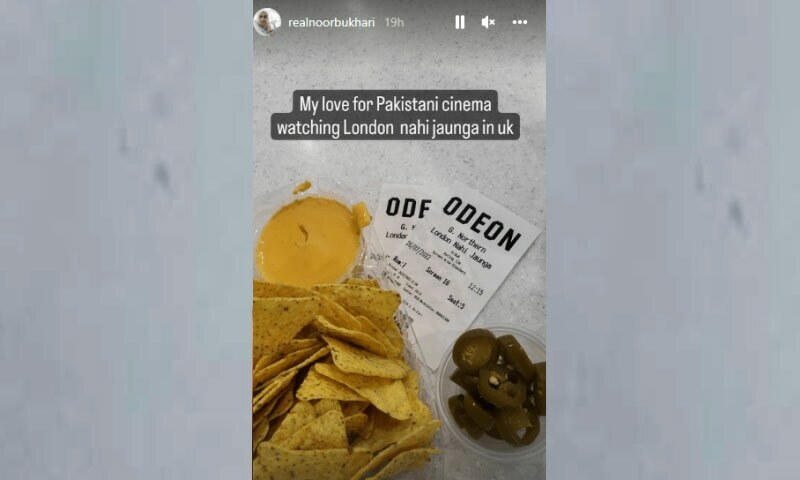 Sharing the video of Humayun Saeed's song, Noor Bukhari praised filmmaker Nadeem Baig, as well as the cinematography and choice of actors.

However, at the same time, he described the film's story as boring and useless and wrote that Humayun Saeed's age does not have love.

Describing the story of 'London Nahi Jaon Ga' as too weak, he suggested Humayun Saeed play a more mature role; his role as a romantic hero is not digestible anymore.

Another storyman wrote a message of love and respect for Humayun Saeed, writing that he is a talented actor and can play many roles besides romantic roles.

Also, in the end, he praised 'London Nahi Jaon Ga' and wrote that he liked the film.

'London Nahi Jaon Ga' was released on Eid-ul-Adha, featuring him as a romantic hero.

The film grossed well worldwide, including in Pakistan, and even surpassed Fahad Mustafa and Mahira Khan's film Quaid-e-Azam Zindabad in the business. 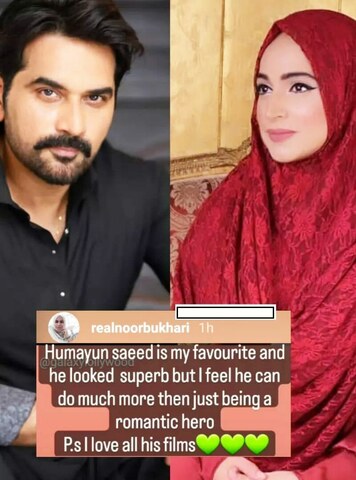