Islahun Khatun (Gülsim Ali İlhan) and Ayeza Khan Will Be Modeling for Maria B.

Actress Gülsim Ali İlhan, who recently played the role of a reformist woman in the Turkish drama 'Ertugrul Ghazi' aired on Pakistan Television (PTV), had announced that she would soon bring good news to Pakistani fans.

In a short video shared on Instagram Story between the nights of January 29 and 30, Islahun Khatun greeted Turkish and Pakistani fans and said that she had great news to tell fans in both countries. On the other hand, famous Pakistani actress Ayeza Khan also shared a video in her Instagram story in which she was wearing a face mask colored in the colors of Turkish and Pakistani flags.

She used the caption “Pakistan and Turkey” while sharing the story. After which, there was speculation from her fans that Ayeza Khan might be part of a Turkish project. And now it has come to light that Gülsim Ali İlhan and Ayeza Khan, who played the role of Islahun Khatun in Ertugrul Ghazi, will be modeling Pakistani designer Maria B's outfits.

Designer Maria B shared various videos on Instagram in which she said that Turkish and Pakistani actresses will be modeling her lawn collection. In another video shared on Instagram, Gülsim Ali İlhan was seen addressing Pakistanis in Urdu.

Maria B's upcoming lawn collection will likely reflect the culture of both countries. On the other hand, Ayeza Khan also shared a selfie with Gülsim Ali İlhan on her Instagram account. She later shared photos with designer Maria B and the Turkish actress in another post. Ayeza Khan wrote in her post that she is proud to be a part of this campaign, which has beauty and unity. She also thanked Maria B and Gülsim Ali İlhan for making it possible.

On the other hand, Gülsim Ali İlhan also shared the posts of Ayeza Khan and Maria B in his Insta Stories and expressed happiness. Earlier in September 2020, Didim Balchin, who played the role of Suleiman Shah's eloquent daughter and later eldest son Guldaro's wife Saljan Khatun in Ertugrul Ghazi, had announced to model Pakistani designer Maria B's outfits. 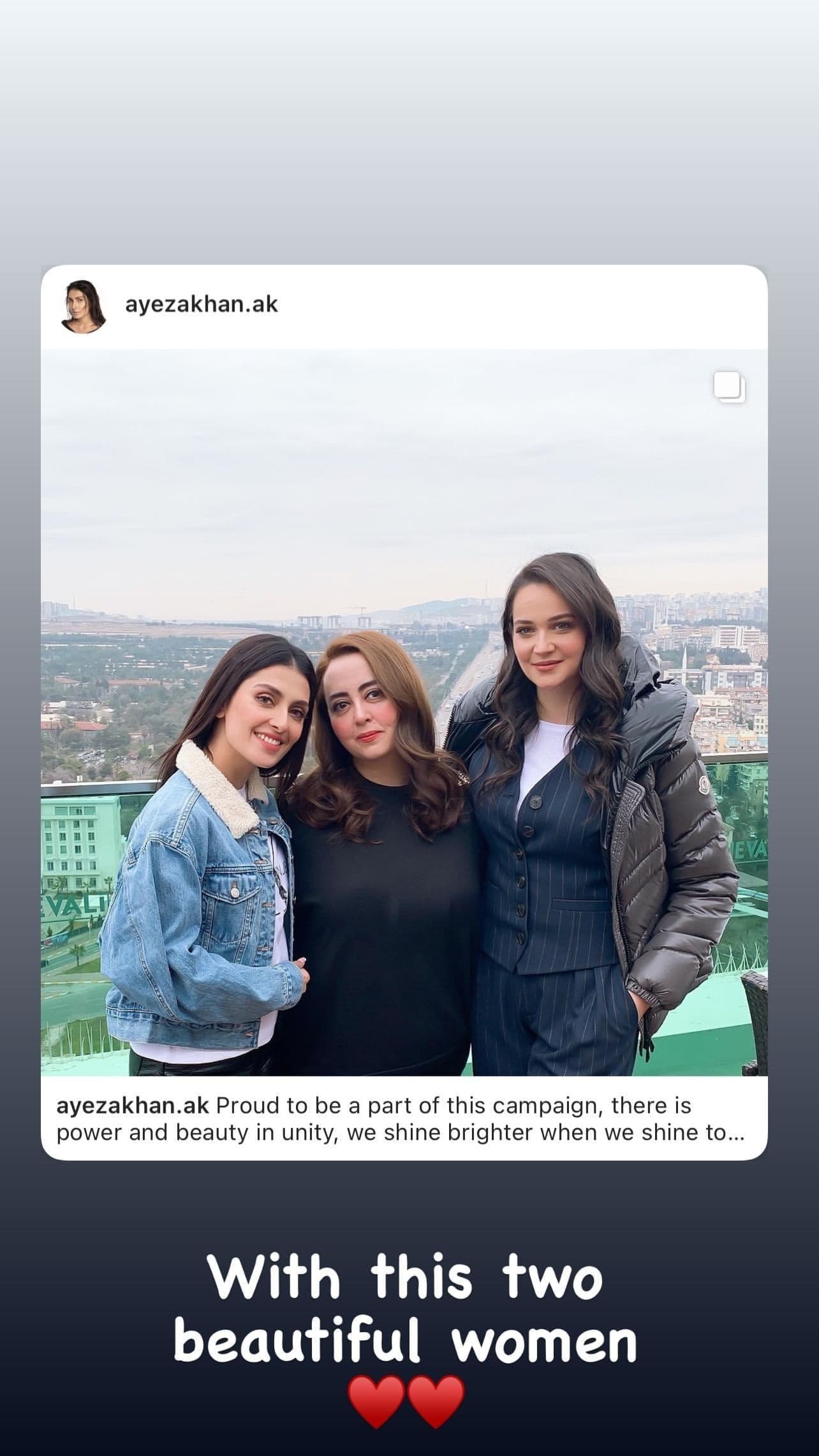 In this regard, renowned Pakistani designer Maria B had announced on social media that Didim Balchin would be modeling her brand's winter collection.

16 Best and Famous Scientists of Pakistan

Related Posts
A Picture Spread in the name of Corona, that has hurt millions
Actress Kanza Hashmi stepped into the singing field
Ipl 2021 Has Been Postponed Due to Coronavirus Outbreak
Showbiz Diary: Anger of Kangana, Whose return was on the screen & Salman Khan
I Career a Rumor Was Spread That I Was a 'homosexual', Gohar Rashid
Noor Jahan's House Should Be Turned Into a Museum, Shaan Shahid
After the Suicide of Shant Singh, the Indian People Showered Accusations on Showbiz Stars
Gohar Rasheed's entry in 'London Nahi Jaun Ga'