The worst traffic situation in the city and the huge rush in the markets came only after the announcement of easing the lockdown in Karachi from May 9.
After which many celebrities sharply criticized those who ignored the precautionary measures. 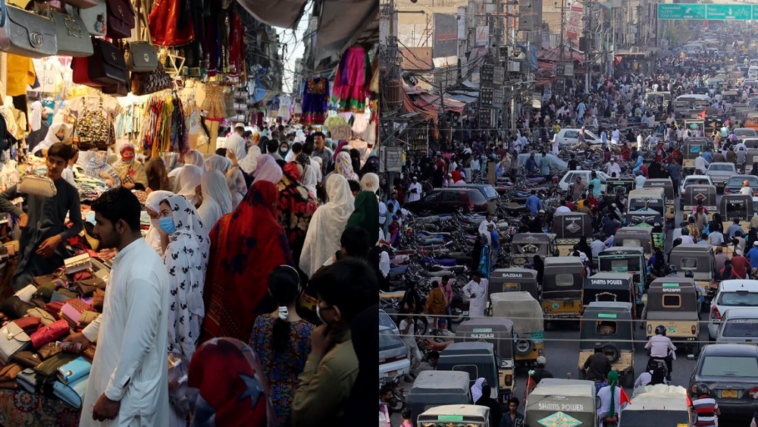 A few days ago, Wasim Akram's wife Shanira Akram expressed her regret on the social networking site Twitter about the traffic situation on the roads, people walking out of their houses without masks, and not taking other precautionary measures.

He wrote in his tweet that "I am crying seeing this country". Meanwhile, actress Sanam Saeed also questioned people's Eid shopping.

The actress wrote in her tweet, "Do we really need to go to the bazaar and shop for Eid?" Will we be the same again and not change? '

"Please go out carefully, this is also a very difficult time because everyone has come out together," he added.

Advising, Sanam Saeed wrote, "Why not celebrate Eid in a unique way this year?"

Apart from them, television actress Ushna Shah had also criticized the public for the same reasons.

Ushna Shah wrote in her tweet that "yes everything is open now, but please can we still take social distance, don't stick, be safe".

It may be recalled that shops across Sindh, including Karachi, had been closed since March 18 due to the coronavirus, while a complete lockdown was announced in the province on March 22.

After which all the small and big markets and shops in Karachi, the economic hub of the country, were closed.

Later on May 10, after successful negotiations between the Sindh Chief Minister and traders, the business was allowed to open four days a week from 6 am to 5 pm, but the closure of shopping malls and plazas was maintained.

The first day of the markets, May 11, saw the worst traffic situation in the city and the huge rush in the markets, and other precautions, including social distance, were not taken into account.

It is estimated that more than 35,000 people have been infected with the coronavirus in the country so far and 761 deaths have been reported.
However, Sindh province has so far been most affected by the epidemic where the number of cases has crossed 13,000 and the death toll has risen to 235.

CCTV footage of a car Robbery in Karachi has Surfaced

Board make the next PSL franchise in the name of Kashmir, I will lead Shahid Afridi

The Hollywood film 'Outbreak' predicts the Coronavirus 25 years ago