Earlier this month, people were shocked to learn of a new twist in the social media scandal 'Bois Locker Room' that surfaced in India.

Indian police have claimed that the screenshot of the scandal, which went viral on a girl's gang-rape message on social media, was not actually written by a boy but by a girl.

At the same time, the police claimed that the girl who became a boy and incited a friend to gang rape, in fact, incited the friend to his own gang rape.

Yes, according to New Delhi Police, a girl created a boy's fake account on the social sharing application Snapchat in the name of Siddharth and incited a male friend to gang-rape a girl.

According to the Times of India, Delhi Police Cyber ​​Cell officer Anish Rai said that when a girl befriended a boy by creating a fake account in the name of a man, the girl actually found out about her friend's intentions and thoughts about the girls.

Anish Rai said that the investigation revealed that the girl who created a fake account in the name of Siddharth on Snapchat is still a minor and he incited his own male friend to gang-rape a girl and sent her a message on Snapchat. Sent that he has a complete plan to gang-rape the girl.

According to police, from Siddharth's account, he told his friend that he had planned to gang-rape some girl and that the girl Siddharth named was actually himself, but his friend sent Siddharth's messages to the girl. Sent the name he mentioned.

That is, the message of the gang-rape plan made by the girl turned around and came back to the same girl who had planned her own gang-rape as a boy.

According to the police, the boy became upset after hearing about Siddharth's plan to gang-rape the girl and he stopped giving answers to Siddharth, including refusing to gang-rape her. 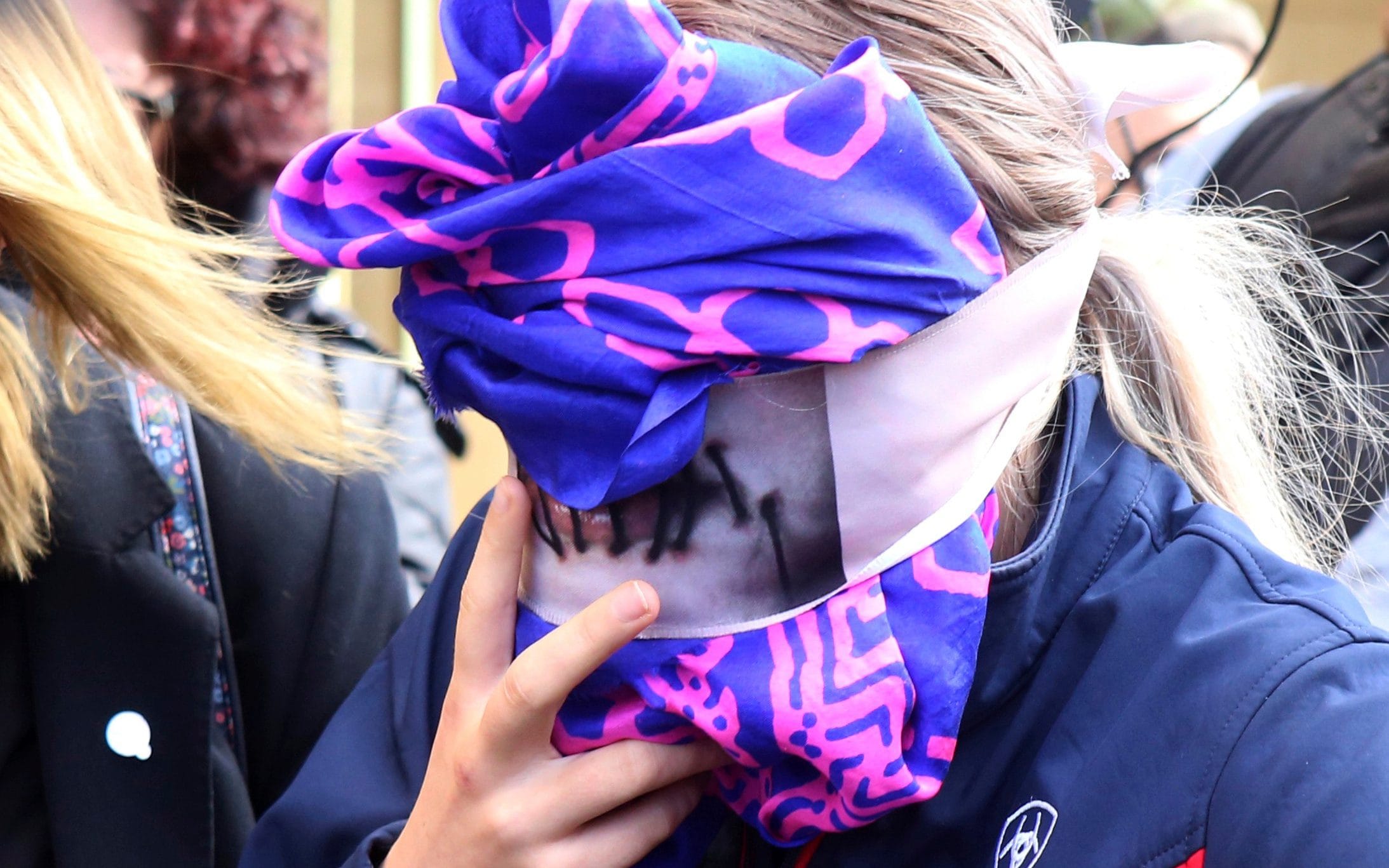 Police have clarified that the viral screenshot of the girl's gang rape is not part of a chat group called 'Bois Locker Room' but a screenshot of a fake account created by a girl named Siddharth on SnapChat which Sent a message to a friend.

According to the New Delhi Police, the girl who falsely planned her own gang rape as a boy is still a minor and she did all this unintentionally.
And the purpose was to test the boy's intentions, so no legal action is being taken against the girl. 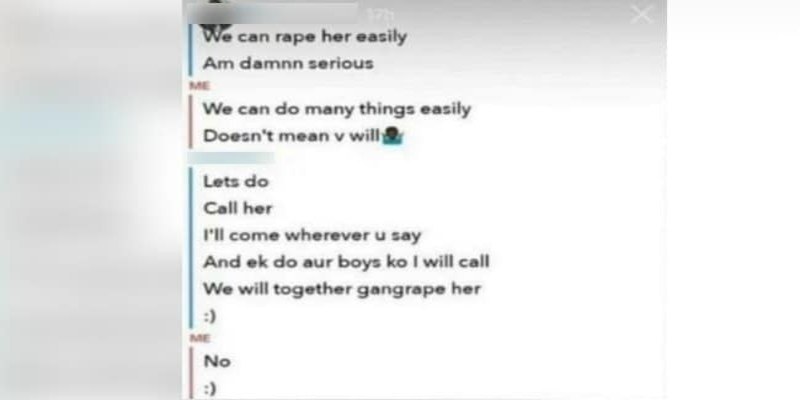 According to police, the message was actually sent by a girl from a fake account
At the same time, however, the police clarified that the message of the girl's gang-rape plan did not belong to the boys' chat group 'Bois Locker Room' and that the group was being dragged into the matter.

At the same time, according to the police, the 'Bois Locker Room' chat group is also investigating the case of speaking inappropriately about women and girls.

According to the police, 27 members of the Instagram chat group called 'Bois Locker Room' have been identified so far, out of which 24 have been interrogated and key members including the admin of the group have also been arrested.

However, the police have not yet found any concrete evidence against the members of the chat group called 'Bois Locker Room' and they have also requested Instagram to provide information about the said group.

Police suspect that most of the obscene conversations about the size of women and girls in the 'Bois Locker Room' chat group may have been deleted, however, police are investigating.

Pakistan made the best decision by not calling back its students from China, Chinese Consul General

Related Posts
I Have Never Done Anything for My Husband, Nadia Hussain
Being a Part of a Disney Movie didn't help the Career at All
The editor of the world-famous fashion magazine apologized for not giving blacks a chance
Actor of PTV Memorial Drama Guest House Tariq Malik has passed away
Aijaz Aslam Drama Log Kya Kahenge, The Suicide Scene Became a Reality
Mahira Khan's Dance of Friends on 'Pawri Hori Hai'
Japanese comedian Ken Shimura Died Due to Corona virus
TikTok Stars Kanwal Aftab and Zulqarnain Sikandar Got Married