Both musicians were jailed in November 2019 on multiple sex offenses charges.

Both were accused of taking advantage of their fame and money to make inappropriate videos of several young girls under the pretext of friendship and then blackmailing the girls through these videos.

Both were accused of raping girls with friends, while they also recorded videos of some girls having sex, which they later spread.

He was accused of making videos of girls having sex with them without their consent, making them viral and blackmailing the girls.

The two musicians were also accused of drugging and raping several girls, making nude videos of them and spreading them on social media, and then blackmailing and exploiting them.

Both were arrested in early 2019 and prosecuted for several months before being convicted by a court in November.

A Seoul court has sentenced the two musicians to five and six years in prison, respectively, on charges of drugging the girls, gang-raping them, blackmailing them, and making their pornographic videos viral.

The court also banned the two from working with the children, ordering them to undergo 80-hour sexual abuse treatment courses.

The court also disqualified him from any job for 5 years.

However, the court now commuted their sentences. 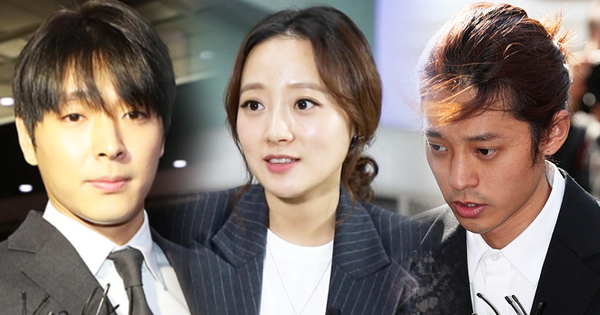 According to the Arab broadcaster Al Jazeera, Jung Joon Young and Choi Jong Hoon had reached an agreement with an aggrieved woman, after which their lawyers had applied to the court to reduce their sentences.

The court, while hearing a petition filed by the singers' lawyers, reduced the sentences of both the singers on May 12.

The lawyers of the two singers did not give details of the agreement in the court but they submitted the documents of signing the legal agreement on behalf of the victim to the court after which the court reduced the sentence of the singers.

The singers 'lawyers are expected to make deals with other affected girls, which could lead to a further reduction in the musicians' sentences.

New Android Feature That Will Keep You From Looking Stupid