If rich people marry the poor, poverty will end

The 63-year-old Maha Dejer Afandi, the Federal Minister for Cultural and Human Development of Indonesia's largest Muslim-speaking country, has suggested to his people that poverty can be eradicated if the rich people of Indonesia marry the poor.

Indonesia has been trying for the past half-decade to eradicate poverty from the country or to increase the number of middlemen and the rich in the country, but in the last 15 years, only 13 percent of the middle-class people have joined the government because of government plans.

Only 5% of the population has gone above the poverty level in the last 15 years due to government efforts, but Indonesia's large population is still far from prosperous and prosperous.

But the government claims that only 5 million people in the country are living below the poverty line.

Indonesian newspaper 'Jakarta Post' quoted another news website in its report, while Minister for Cultural and Human Development Mahadejer Afandi addressed an event yesterday to present an interesting formula for ending poverty in the country. 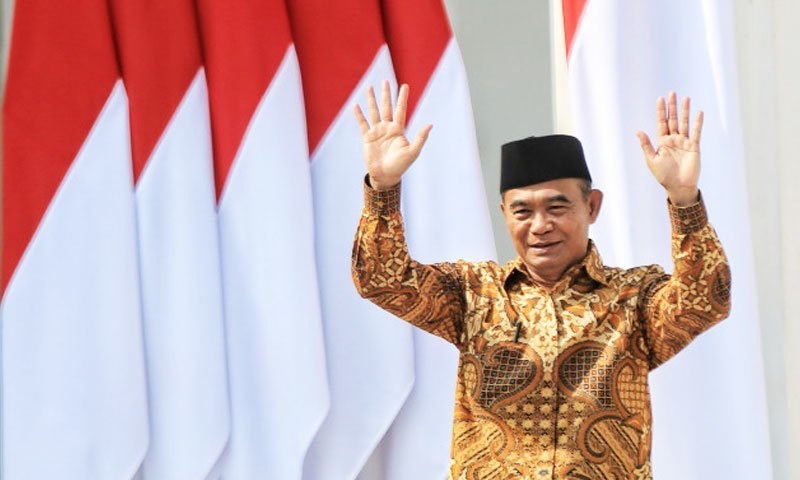 Federal Minister says no wrong in a marriage of rich and poor - Photo: Jakarta Post
Federal Minister Maha Dejer Afandi suggested that if all the rich people of Indonesia marry the poor people, they will not only be economically stable but also will end poverty from the country.

He sometimes criticized the Ulema, saying that sometimes religious people wrong in regards to marriage that the bride and groom are of the same class, including the same age.

The federal minister said it was not wrong for rich people to marry the poor.

He also suggested that Indonesia's Ministry of Religious Affairs should issue a Shariah decree in this regard, stating that the rich should marry the poor.

He said that the Ministry of Religious Affairs should make it clear to the people that poor people should seek marriage with the rich and make the rich-poor their lifelong companion.

Maha Dejer Afandi also said that some unemployed people should get a pre-marital employment card by taking advantage of the government campaign before marriage.

According to the Federal Minister, getting a pre-marital employment card will not solve the financial problems of the couple after marriage and they will be able to overcome poverty in the future.

He said that pre-marital employment or allowance schemes were initiated in Indonesia and also in countries like South Korea, Malaysia and Singapore and reduced poverty there.

Farhan and Sohai in a new Drama Prem Gali

Related Posts
Three months after wearing the ring, Manal Khan got engaged
I make a film out of tradition so that the public can get a message
I thought ignorance was only in Pakistan but the English were ignorant too: Noman Ijaz
India's First Victory in the T20 World Cup by Defeating Afghanistan by 66 Runs
Mahira Khan's hilarious video about Pakistani brides going viral
Viral Video of Mehwish Hayat
Bollywood Director Ali Abbas Zafar Got Married
Minal Khan's Photo Tours in Europe Went Viral