Singer Asim Azhar is one of the emerging singers of the Pakistani music industry and he is also very popular among fans. Fans of Asim Azhar may have wondered or asked him what would have happened if he had not been a singer? But even if they thought so, let them know that they have answered it themselves.

Recently, Asim Azhar posted a video on his social media accounts while playing cricket in which he was seen batting hard. In the caption of his post, he wrote, "If I weren't a singer, I would probably be a cricketer."

He wrote in his story that the PCB should stop ignoring this talent. 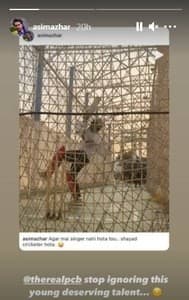 Cricketer Shadab Khan appreciated and commented on the video shared by singer Asim Azhar. He wrote, "Is this batsman available for Pakistan Super League (PSL)?", To which Asim Azhar replied, "If you are the captain." 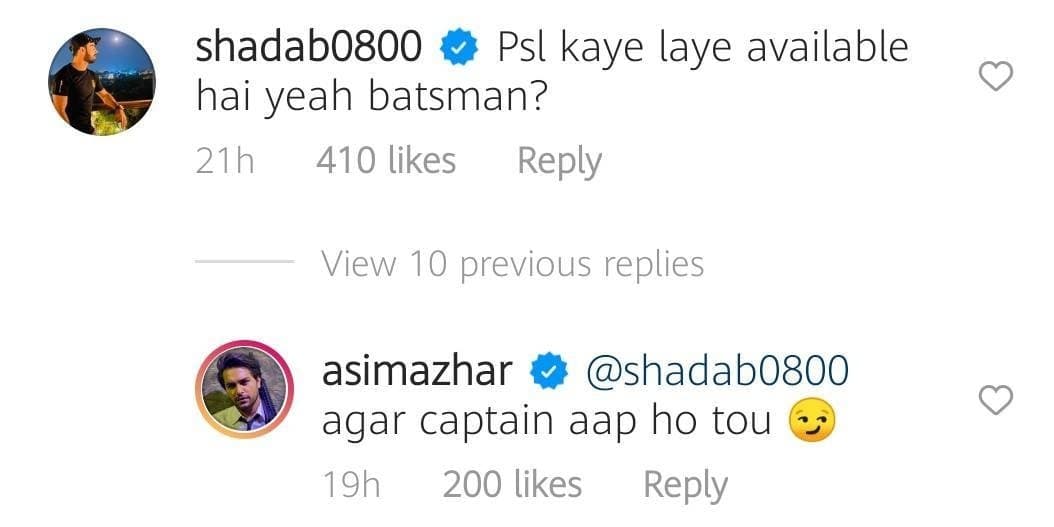 On the other hand, cricketer Azam Khan, commenting on Asim Azhar's post, wrote, "Why are we kicking the poor in the stomach?"

Replying to which Asim Azhar wrote that people know that you also have more guitars than Bates. Can't work in movies because of romantic scenes, Sara Khan

Related Posts
Jennifer Lopez and Alex Rodriguez's fourth marriage delays due to coronavirus
After a Week of Searching, the Body of Actress Naya Rivera Was Found
The Arrival of Ertugrul Ghazi's Character 'Duan Alp' in Pakistan
Sara Khan Was Admitted to the Hospital Due to Ill Health
Tobia Anwar's Reaction to Amir Liaquat's Exhumation Order Also Came to the Fore
Neha Kakkar Released the Song After Sharing a Picture of Hope
No Matter What Clothes Women Wear, Men Will Account for Their Looks, Hamza Ali Abbasi
Mulan's Release After Tenet is Also Delayed