The news of the engagement of well-known actress Sara Khan and singer Falak Shabbir came to light yesterday, with which their wedding celebrations also started. However, the people started remembering Usman Mukhtar once again. The engagement was announced by the two celebrities by sharing photos and videos on social media in which Falak Shabbir offered marriage to Sara Khan which she accepted and wore an engagement ring.

Shortly afterwards, however, pictures of the couple's henna went viral on social media and fans were seen cheering and congratulating the new couple. There were some fans who started making memes on actor Usman Mukhtar on this occasion and said that "this guy with whom come in the drama gets married". 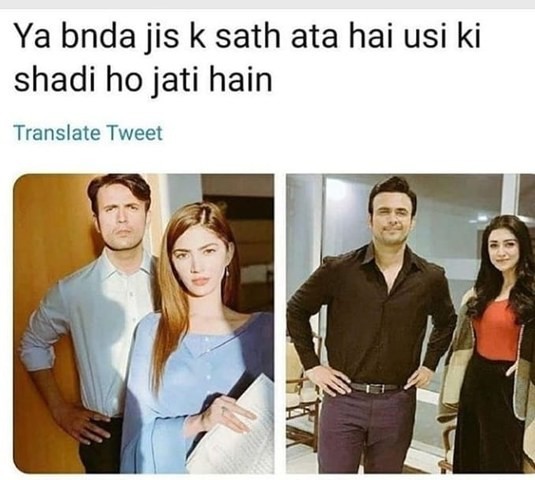 Reacting to public comments, Usman Mukhtar even said, "Naimal is like my sister, our marriage was not possible." Similarly, now with Usman Mukhtar actress Sara Khan, we are seen in the TV drama Sabaat in which Sara, Mawra and Usman are playing the role of Dr Harris, and now Sara Khan has also got engaged.

However, Usman Mukhtar not only made fun of the joke but also appeared to be commenting on it and in his Instagram story he also wrote that "I will come solo in the next drama so that I too can get married".

Top 15 Best and Famous Art Galleries in Pakistan (With Photos)

Related Posts
Why is it so easy to silence the voices of Kashmiris, Zaira Wasim
Ahde Wafa Drama Memes
The Actor Nick Cordero Who Fought the Corona Virus for 3 Months Has Died
Shilpa Shetty revealed that she was jealous of her sister during childhood
ALI SETHI`S PRESENTATION OF ‘DIL KI KHAIR’
If rich people marry the poor, poverty will end
Actress and singer Bushra Ansari Speeks her divorce case
I Recommend Mehwish Hayat for Medal, Fawad Chaudhry Confesses