Ushna Shah, a well-known actress of Pakistan showbiz industry, says about the well-known actor Ahsan Khan that Ahsan Khan is a good man as well as an actor and it was a great experience to work with him. Actress Ushna Shah, who played the role of Rani in the drama serial Alif Allah Aur Insaan, started her new drama last month with a new drama in which she is working with Ahsan Khan and Hina Altaf.

In a recent interview with The Independent Urdu, Ushna Shah gave interesting answers to questions about her new drama and artistic career. Talking about her role in the play, the actress said that her role in the play is positive in that she is a well-rounded and mature girl who sacrifices her life not for fear but to save relationships and friendships. Because she values ​​friendship.

The actress said that this is her first opportunity to work with Ahsan Khan, the main character of the popular drama 'Udaari'. About Ahsan, Ushna said that he is a good man as well as an actor. It was a great experience to work with, and I have also found a good friend in the case of Ahsan Khan. Ushna Shah had earlier played a negative role in a drama called 'Balaa' which brought her a lot of fame. Recalling the drama, she said that while playing a negative role, it is feared that it may affect you, but because I have played positive roles from the beginning, I would play a kind of role. Tired of doing, I look at each character separately, not positive or negative. 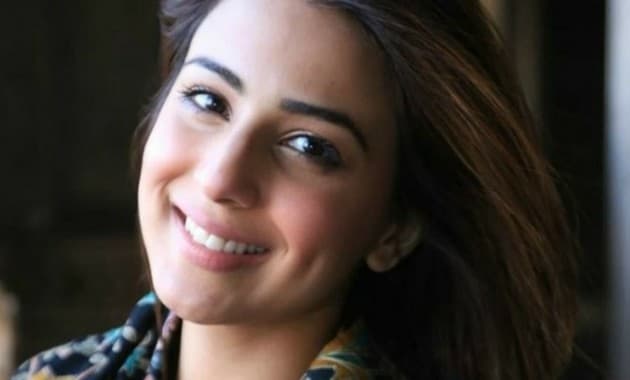 She said that she wants to get all kinds of characters and play such roles in her career. Ushna Shah first got fame in the drama 'Bashar Momin' in which she worked with Faisal Qureshi. Talking about the drama, she said that he is thankful that he was given this role very much. It was a good opportunity because it was their first mega serial and it was a lot of fun and the character was like a fantasy. The actress said that she got a lot of love even in the negative role. She made it clear to the fans that she considers herself an actor and did not come to be a heroine in this industry. She came to act as an actor. Play the role and that's what she wants to do because she enjoys it.

Ushna Shah had acted in the film 'Teri Meri Love Story' after which she had done a club dance number in Punjab Nahi Jaon gi and also, she did not do any film after this. About this, she said that Steven Spielberg from Hollywood keeps calling, but he's still on hold. She said that she needs to work in films where there are testing jobs and in which she gets an adequate chance to act. Talking about the item number, Ushna Shah said that those item numbers are not against it at all. I wish it would be great if I could do an item number in a movie.

It should be noted that Ushna Shah started her artistic career seven years ago and so far, she has shown the essence of acting in dramas other than Balaa, Bashar Momin, and Alif Allah Aur Insaan.

Related Posts
Tobia Anwar's Reaction to Amir Liaquat's Exhumation Order Also Came to the Fore
How Was The Experience of TV Debut 'Sang e Mah' for Atif Aslam?
Nawazuddin Siddiqui Decides Not to Work in Streaming Shows
Violence Against Students; Twinkle Khanna and Sonam Kapoor Come Against Modi Government
After the Arrest of His Son, Rahul Gandhi Wrote a Letter to Shah Rukh, Indian Media
Zara Noor Abbas: Sajal Ali & Some Close Friends, Played an Important Role in Getting Married to Asad Siddiqui
The most expensive divorce, Michael Clarke will give Rs 6 billion 30 crores to his wife
Frieha Altaf's Video to Talk About 'Harassment' Goes Viral