Actress and host Nida Yasir is always in the news, but in recent days a short video of her has gone viral on social media, in which she can be seen apologizing to a male fan for taking pictures with her. In the viral video, Nida Yasir can be seen in a shopping mall, where male fans gather when she arrives.

In the short video, it can be seen that a male fan approaches and asks to take a picture with him, but the actress apologizes to him. In the video, Nida Yasir's apology for taking a picture with a male fan can be clearly heard.

As can be seen in the video, she tells the male fan that she does not take pictures with men. However, it is interesting to note that in this short video, Nida Yasir can be seen taking selfies with other male fans. 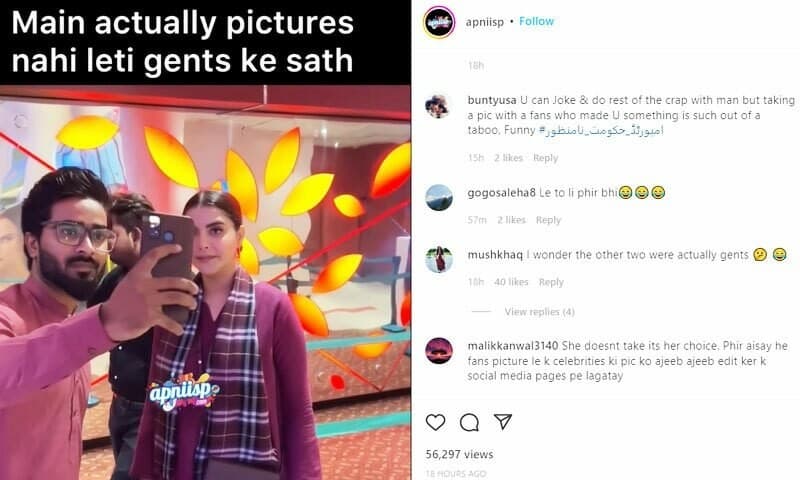 After the video of the actress and the host went viral, while the fans praised her, some people also criticized her. People who admired her said that everyone has their own likes and dislikes whether they want to take pictures with men or not and Nida Yasir's choice should be respected. 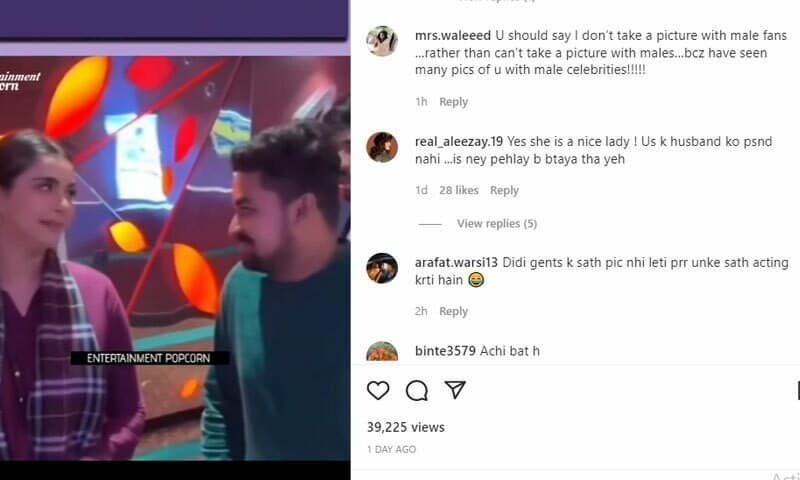 Related Posts
The Wait Is Over, 'i Will Not Go to London' Is Also Announced to Be Released on Eid-ul-adha
Mehwish Hayat is inspired by the wife of former US President Obama
Wikipedia and Google Made Mahira Khan the Mother of Zara Noor Abbas
Nawazuddin Siddiqui Decides Not to Work in Streaming Shows
Saljan Khatun of 'Ertugrul Ghazi' Will be Modeling for Female Designer Maria B
Actress Nadia Jamil has Returned to the Screen
Aamir Liaquat Rejected the Claims of Third Marriage
What is a 'Bois Locker Room' and girls locker Room?