I Am a Woman, No Parcel Alia Bhatt's reply to False News About Herself

Showbiz personalities and related news have a long association with controversy, as did Indian actress Alia Bhatt.

Recently, Bollywood's newlyweds Alia Bhatt and Ranbir Kapoor announced the arrival of their first child, after which a wave of congratulations ensued.

Alia Bhatt shared the good news with fans through a photo on her Instagram account, in which she can be seen lying on a hospital bed with an ultrasound monitor hidden in front of her, hidden by a 'heart' photo. The caption was' Our child ... Coming soon. "

After this post, while an unending series of congratulations started and Alia Bhatt's name became a top trend on Twitter, on the other hand, some false rumours started circulating in this regard, about which Alia Bhatt must respond.

The actress shared a post from the showbiz website 'Pink Villa' on Instagram Stories which claimed that Alia Bhatt would return to Mumbai in mid-July, and Ranbir Kapoor would go to the UK to bring his wife back home and Alia Bhatt will rest after returning from the shoot. 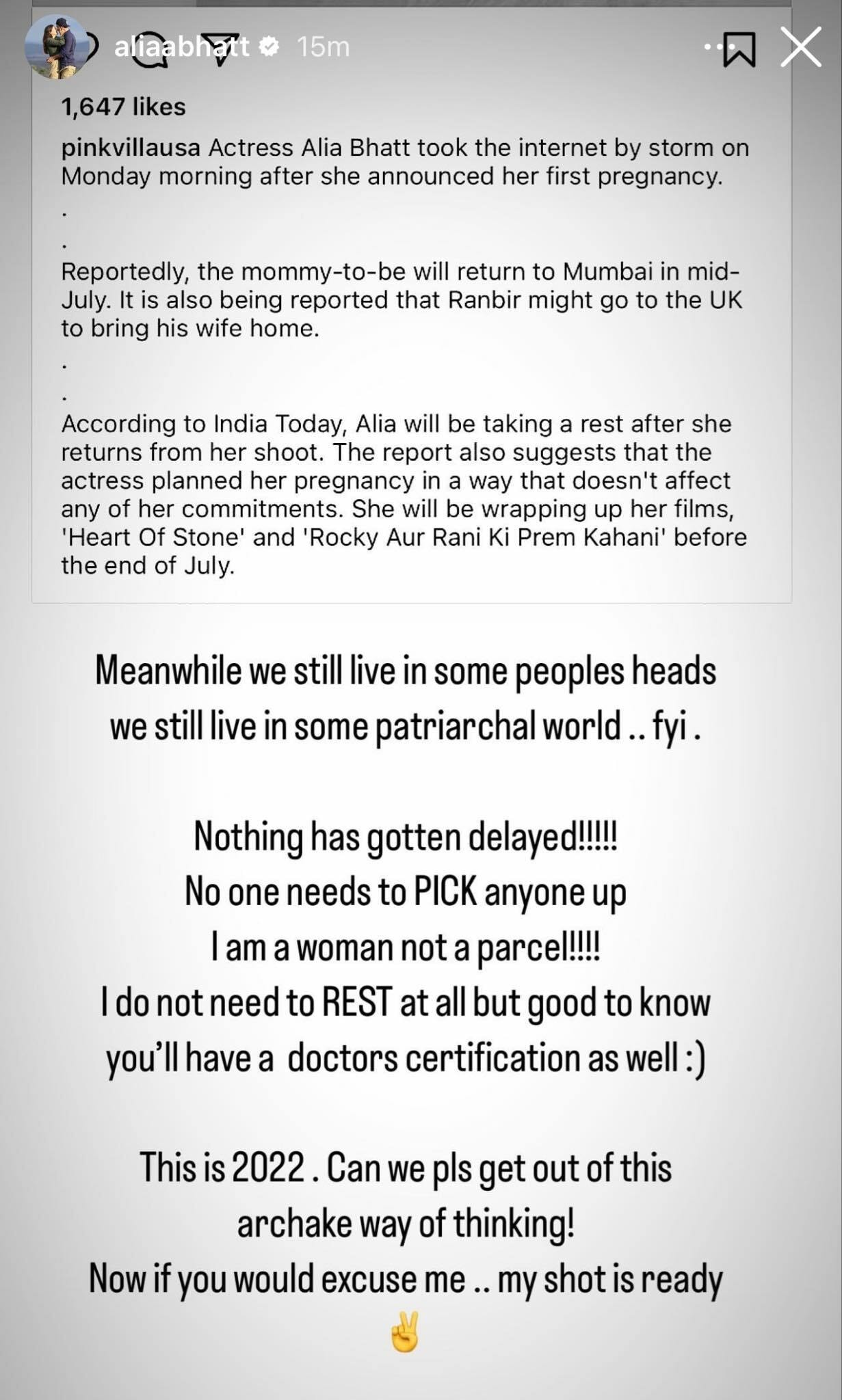 The post further claimed that the actress has planned in such a way that her shoot schedule would not be affected during her pregnancy.

It was said at the end of the post that Alia Bhatt will return before the end of July after completing the shooting of her films Heart of Stone and 'Rocky and Queen's Love Story.

Expressing strong resentment over the post, Alia Bhatt wrote, "In the minds of some people, we still live in a patriarchal society, nothing has been delayed."

She said: "I don't need any rest, but I'm glad to know that you all have a doctor's certificate,"

The government decides to provide employment to 35,000 women

Emirates offers year-long benefit to students and their families