Actors in the showbiz industry are always claimed to have a bad relationship, but it would not be wrong to say that not only actresses but also actors do not shy away from criticizing each other.

"People get better over time, but Humayun hasn't changed, but if he keeps working like that, maybe one day he'll be a good actor by accident," he said. I am hopeful and man should not despair of God, I pray that he will learn work soon.

Noman Ijaz had said about Humayun as well as Adnan Siddiqui's performance that he is following in the footsteps of Humayun Saeed.

After the video went viral, fans of Noman Ijaz believed that the actor said all this in jest while fans of Humayun Saeed and Adnan Siddiqui criticized Noman Ijaz.

Meanwhile, now actors Humayun Saeed and Adnan Siddiqui both spoke on Noman Ijaz's video in an interview and expressed their displeasure.

Humayun Saeed said, "If God has honored you, you should be grateful and respect others. I always respect everyone and in return, I received so much respect and love." Which I never even thought about. "

He added: "I don't know if Noman was joking or serious. But one thing is for sure. He is still learning today and I hope he will continue to learn. They were the same in the drama today, I don't want to be like that, I never want to think that I learned everything because if I do, I probably won't be able to entertain people with my new job. ' 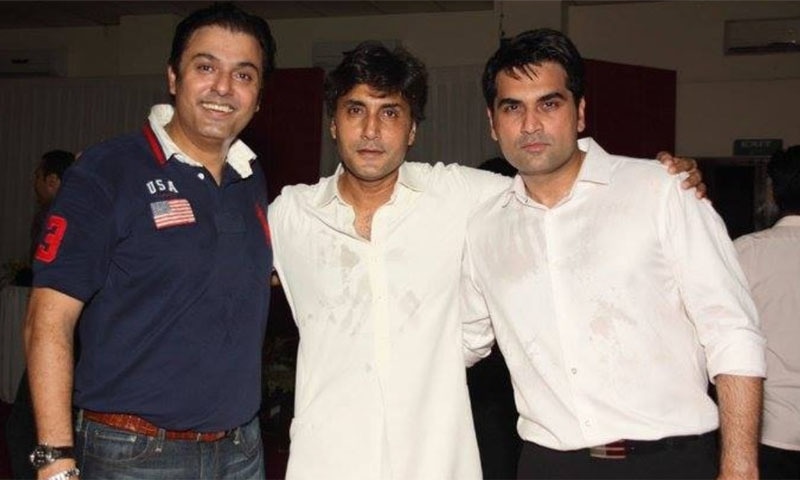 Adnan Siddiqui said, "As human beings, we sometimes forget that Allah is watching us and bestowing His blessings. Sometimes we make fun of our showbiz members who I think are not." Importantly, I don't think I'm a good actor but I'm thankful to God for giving me this honor and love.

"Who are we to make fun of someone whom God has blessed with mercy?" He added.

According to Adnan Siddiqui, "We don't make fun of our family members in public, we always do it only when they are with us."
Similarly, when a person in the entertainment industry criticizes someone's work, he should do so, not the public.

"People often try to make it look like they were joking by saying the wrong thing, but it is clear what the person meant by joking," he said.

On the other hand, Noman Ijaz clarified in another Instagram live video that he said all this only in jest.

In his video, the actor criticized the bloggers and said that nowadays he has no job, so he is presenting only one of his statements as controversial.

Remember that Adnan Siddiqui and Humayun Saeed have acted in the blockbuster hit drama 'Mere Paas Tum Ho' which came out last year.

Pakistan will not support unilateral action

It is because of Pakistani people that dramas like 'Ertugrul' are not made in the Pakistani industry; Muneeb Butt