In India, where people are being restricted to homes due to the Coronavirus, Prime Minister Narendra Modi in India has declared more than one billion population to lock down for 21 days.

While the general public of India is following the government's decision, Bollywood stars are also giving fans a message of being confined to their homes.

Bollywood actor Hrithik Roshan also prefers social distance because of the Coronavirus. He also revealed that his ex-wife Sussanne Khan is currently living with her at home due to the Coronavirus. ۔

According to Hrithik Roshan, Sussanne Khan left her home for the sake of her two sons and moved them temporarily for which she is also grateful.

The Bollywood actor shared a picture of his house on his Instagram account which also featured Sussanne Khan.

The actor wrote in this post, "It was unbelievable for me to think that I would stay away from my children at a time when lockdowns were being carried out in the country. It is a pleasure to see that people are coming closer to each other at that time."

Hrithik Roshan further wrote, 'This picture is from my former wife Sussanne Khan, who happily left her home and is here temporarily so that our children will not be separated from either of us at this time'.

Thanking his former wife, Hrithik Roshan wrote, "Thank you for understanding and supporting me on this journey of training children." 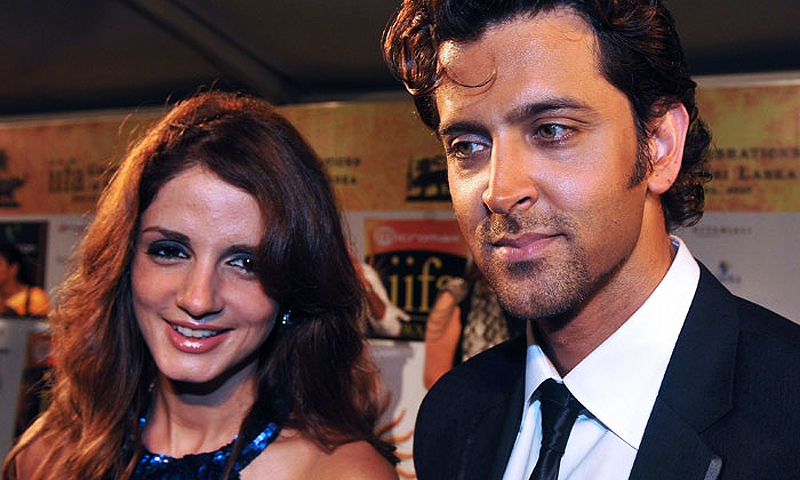 The two divorced in 2013, Photo: File
It may be recalled that in 2000, Hrithik Roshan decided to turn four-year friendship with Sussanne Khan into a relationship, they both have two sons.

They both divorced in 2013, at which time Hrithik Roshan said Sussanne Khan had decided to end the 17-year relationship and split up. It's a tough time for both families and I appeal to the media and the public. That he respects our privacy at this time.

It was only years after the divorce that news broke that the two had consulted and that they would remarry soon, though they both declared the rumors to be false.