Humaima Malik, an actress who has earned fame through the film 'Bol', has been away from films for a long time but keeps in touch with her fans through social media. Recently, he shared his childhood memories with fans while sharing a picture of his childhood.

Humaima Malik wrote that she misses her childhood very much and misses the child inside her. Time goes by very quickly, good or bad, we grow up too fast and move too fast. We just remember the words of others and our elders our childhood. 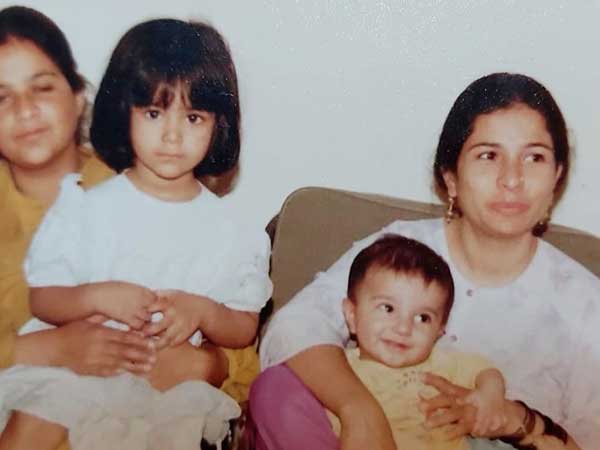 Humaima Malik said of his nephew and actor Feroz Khan's son, Sultan Khan. Whenever I see Sultan Khan, I remember my brother Feroz's childhood. Sultan is just like his father.

About the image of her childhood, Humaima Malik said that Feroz Khan is sitting in my mother's lap and I am in my lap. My father-in-law "Moon" was a brave police officer who died while fighting for his country in Quetta, Balochistan.

It should be noted that Humaima Malik has shown the essence of acting in Pakistani films as well as in Bollywood. She was last seen in 2017's movie 'The Night'. His film 'Legend of Maula Jutt' has not been released for the past two years due to a legal dispute but it is expected that the film will be released this year.

"The Legend of Maula Jutt" is also being called as a support for the nation's sinking career. Fawad Khan, Hamza Ali Abbasi and Mahira Khan will also be seen in the lead roles in the film.

Related Posts
Royce O’Neale Biography, Early Life, Education, Relationship Status, Career, and Profeassional Life
American singer Cher: I am a fan of Imran Khan since he was playing cricket
Shaista Lodhi also Became a 'Poet'
"I Will Come Solo in the Next Drama So That I Will Also Married" Usman Mukhtar
Renowned actor Ashraf Rahi passed away at the age of 65
Is it really necessary to go to the bazaar and shop for Eid at such a time? Sanam Saeed
How did singer Adele lose so much weight in a few months?
It Is Not Necessary for a Boy to Express Love Every Time, Sarwat Gilani