How much did Jennifer Lopez and Shakira pay for 'Super Bowl' performances?

American singer and actress Jennifer Lopez and Colombian singer Shakira performed together on stage for the first time during the halftime show of the National Football League Championship 'Super Bowl', whose performances were seen and appreciated worldwide.

The performance, based on a duration of 14 minutes 20 seconds, surprised fans of both singers.

In the meanwhile, the two singers performed on their successful songs while also performing the best on stage.

But do you know how much these singers paid to perform on the world's biggest stage? If not, the answer is that the two singers did not receive any payment for the performance.

Of course, fans will be surprised to know that these two great musicians in the world didn't even get a penny for this performance, but interestingly, it's not just Jennifer Lopez and Shakira who have done so, but Super Bowl Half-time shows have not paid for any artist performing so far.

Fun fact: Shakira & JLo didn’t get paid a dime to perform at halftime

Whether Lady Gaga or Maroon 5, no artist has ever earned anything by performing on this show.

Forbes reports that the American National Football League (NFL) does not pay any artist to perform in its shows, but the league itself pays for these performances. 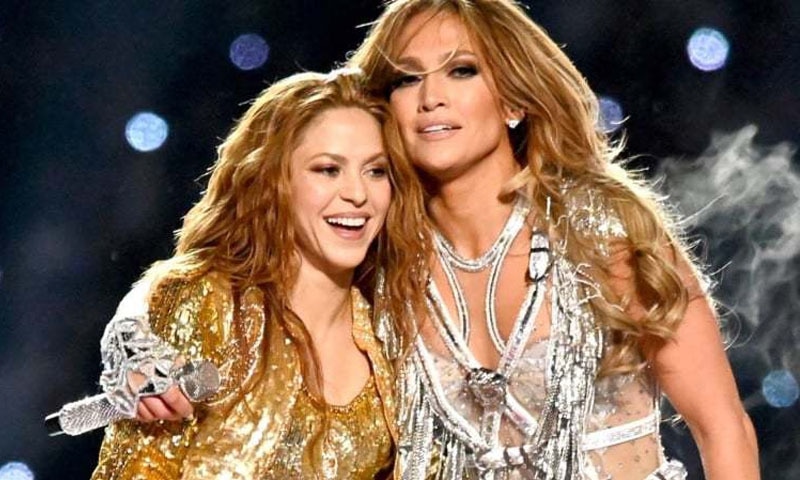 Photo: Twitter
After that, the association finishes the entire cost of costumes, backyard dancers and productions.

So what's the benefit of performing at the biggest event in America every year?

The answer is that the biggest benefit for the performing artists in the meantime is their advertising.

For example, if Shakira and Jennifer Lopez were exemplified, both of them would have benefited immensely without being compensated for the performance.

Fan following from both singers increased by 12 million within just 12 hours of the show's end.

While Google search also has their names at the top.

It is to be noted that the two performances on February 2 were named by basketball legend Kobe Bryant.