How did Fahad Mustafa change so much?

How did Fahad Mustafa change so much? Pakistan's renowned actor Fahad Mustafa posted a message a few days ago via a tweet on the social networking site Twitter to keep his children away from the Tiktok app that they were ridiculed and now has a The image is also gaining attention.

The actor shared a photo on his Instagram account on New Year's Day that looked very unique.

According to Fahad Mustafa, this photo was taken 14 years ago in 2006. 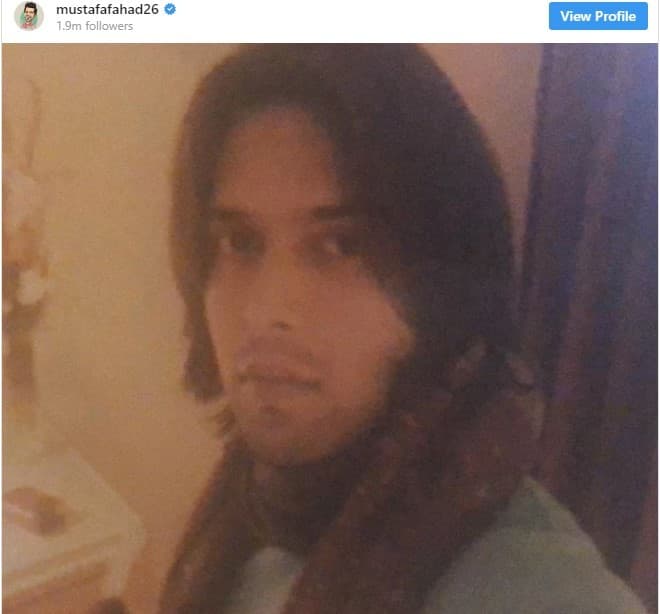 In this photo, Fahad Mustafa's hair is quite big while he is also looking very light.

The actor is being mocked at by many fans who liked this image of him.

One user commented on the actor's picture that 'the only difference is the rich and the poor'.

While some also believed that Fahad Mustafa was meeting Shoaib Akhtar in this photo.

He wrote, accusing the actor that he looked like he did before the bot was injected.

Friends of Fahad Mustafa also commented on this photo and praised him.

While Mahira Khan also commented on this image.

It is to be noted that Fahad Mustafa and Mahira Khan are going to act in the movie 'Quaid-e-Azam Zindabad'.

This will be the first project in which they will be seen working with the actor.

Directed by Nabeel Qureshi, the production is directed by Fiza Ali Mirza.

Fahad will be seen in the role of a police officer in this movie released this year.

It Is Not Wrong for Women to Live Alone Without Marriage, Naveen Waqar

Video of a Foreign Woman 'Samba' Dance on the Streets of Saudi Arabia Goes Viral.

Related Posts
Aamir Khan and Faryal Makhdoom blessed with a son
Neha Kakkar Released the Song After Sharing a Picture of Hope
Veena Malik's Ex-Husband Seeks Rs 1 Billion Compensation
I Have Undergone Infertility Treatment Three Times and Abortion Twice, Nadia Afghan
What is Mahira Khan going to do at 10 PM
Bride was Arrested and the Bridal was Married to her Neighbor
Nimra Khan's Husband Confirmed the Divorce
Showbiz Personalities Complain Over Appointment of 'Halima Sultan' as Ambassador of Pakistani Brand