The successful duo of Pakistan, Ayeza Khan and Danish Taimoor, have always been admired by fans, and they are counted among the industry's most successful actors, while examples of their relationship are given.

Ayeza Khan and Danish Taimoor have been involved in several projects simultaneously, while in several interviews, the two seem to appreciate each other.

However, to date, the two actors have not told the fans how their relationship started or how Danish Taimoor offered Ayeza a wedding and where, but now actor Danish Taimoor has revealed himself in an interview.

In an interview to actress Maria Vasati, Danish Taimoor spoke openly about her relationship with Ayeza Khan, her first meeting and marriage proposal.

Danish Taimoor says, 'Before Facebook, the arch was used and there we both started talking, she was a big fan of mine; I never requested Ayeza Khan to go out with me. '

The actress elaborated, "Ayeza appreciated my work and said that she is a big fan of me, so I thought that this girl was very good and she should be in my house, after which I offered her a wedding, but Ayeza Khan refused to believe.

Danish Taimoor also revealed that in order to assure Ayeza, he also said that he would like to meet his mother, after which he met his mother before meeting Ayeza. 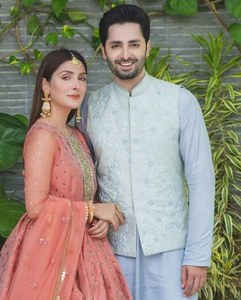 They were in a relationship for many years before the wedding - photos / Instagram
On one occasion, Danish Taimoor described an interesting incident, "When I was in college, a friend of mine liked me. But a year later, I felt like we should focus on our education, I knew we would not marry because I was very young but when I told her this she did not believe, she thought I liked someone else '.

He added: "The (girl) insisted that I tell her the name of the girl. Just to end the matter, I said that I like a girl named Kinza. It was 10 years before I met Ayeza. And 10 years later, when I met Ayeza and she liked me, I found out that Ayeza's real name is Kinza and I married her like this.

Finishing his point, Danish Taimoor said that he believes in fate and that is why Ayeza is part of his life today.

Ayeza Khan and Danish Taimoor were married in 2014 and their two children are Hurin and Ryan. 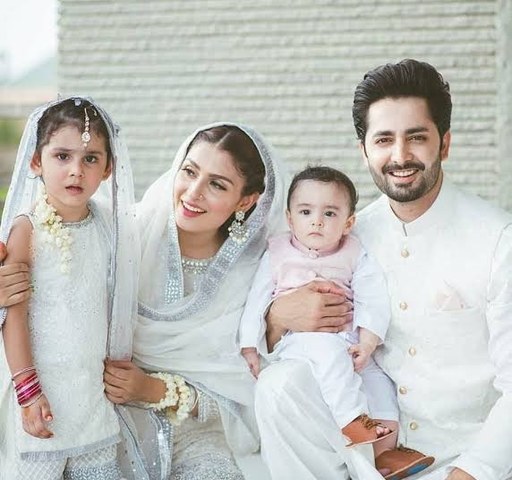 Arshi Khan's Hint of Not Getting Engaged to Afghan Cricketer