Harvey Weinstein, a well-known Hollywood producer jailed for raping and sexually abusing underage girls, has been fined 19 million in two lawsuits filed by several women. Lawyers representing the six women who made the allegations against Harvey Weinstein called the proposed deal a "complete sale" for which the 68-year-old former film producer no need to pay out of pocket had not to accept responsibility, according to Reuters.

The settlement, which still needs to be upheld by a federal judge and a bank rip-off court, New York Attorney General's Office resolves lawsuits filed against him, his production company, and his brother. New York Attorney General Leticia James said it would also end a separate class-action lawsuit filed in 2017 by nine women who accused the accused of sexual harassment or assault. 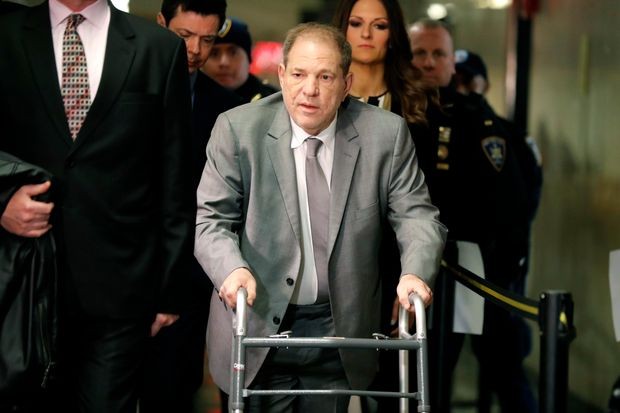 "After all the harassment, intimidation and discrimination, these victims are finally getting a form of justice," he said in a statement on the social networking site Twitter. She said the agreement would free women from non-disclosure agreements that prevented them from speaking publicly about Harvey Weinstein, Hollywood's most powerful figure.

Whitney Cell, a lawyer representing the women who brought the cases to light in 2017, called her clients heroes who went public with their allegations and "started a movement." However, attorneys Douglas Vagdor and Kevin Mintzer said the settlement was a "gross injustice" to their clients and other women, and that they would have no right to sue Harvey Weinstein and others.

"We are shocked that the Attorney General is declaring this unjust and unequal proposal a victory. We will strongly object to it in court on behalf of our clients," he said in a written statement. Harvey Weinstein was convicted in February in the Manhattan Criminal Court of sexually abusing former production assistant Mimi Haley and raping actress Jessica Mann.

The sentences were hailed as a victory for the Hashtag Me Too movement, and the following month the former producer was sentenced to 23 years in prison. Harvey Weinstein, who has been accused of sexually abusing more than 100 women for decades, is still on trial in Los Angeles on charges of rape and sexual assault.

Harvey Weinstein has also been indicted by a US local court for sexual offenses and is currently out on bail.