TikTok star Hareem Shah, who has made a splash on the internet with her videos and photos, has expressed her wish that
If given the chance, she will play the role of Halima Sultan in a play like Ertugrul Ghazi.

In an interview with a YouTuber, Hareem Shah praised the play 'Ertugrul Ghazi' and said that watching the play shows how brave Muslims are.

He praised the hero of the play, Ertugrul Ghazi, and said that when she sees the play, she feels in the same era that it is reflecting.

In response to a question, she said that if a drama like Ertugrul was made in Pakistan and she was offered a job in it, she would definitely play the role of Halima Sultan in the drama. 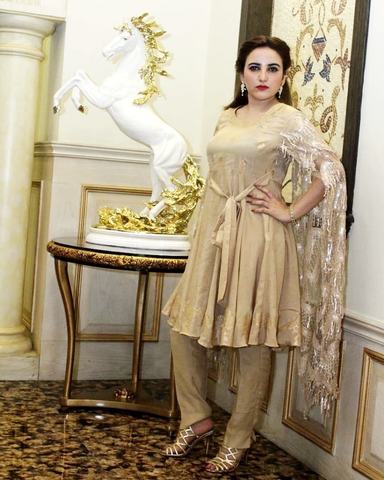 I want Prime Minister Imran Khan to act with me, Hareem Shah

During the interview, he also spoke about other casts of the Ertugrul drama and said that such dramas should be made in Pakistan as well.

During the interview, he clarified that his words should not be taken too seriously and the fans of Prime Minister Imran Khan should not be angry with him, because these are just words, there is nothing real in them.

In House Free Seminar on Study in Canada