Gigi Hadid, a 25-year-old Palestinian-American supermodel, has confirmed that she is pregnant and is excited about the prospect of her first child.

For the past few days, there have been reports that Gigi Hadid became pregnant before her marriage, but she did not confirm this herself.

Following rumors in the US media that Gigi Hadid's mother had also confirmed that her daughter was hopeful, she has now confirmed this herself.

According to Reuters, Gigi Hadid appeared on Jimmy Fallon's talk show Tonight Show with Jimmy Fallon, where he dismissed rumors that he was pregnant and that he was "very happy" about it.

In the talk show, Gigi Hadid also revealed that he will have a little guest by the end of September this year and in this regard, his entire family is happy.

It should be kept in mind that children have been born before marriage only after getting engaged to American and British showbiz personalities and this process is not considered wrong by important personalities of Western countries.

Interestingly, Gigi Hadid and Zayn Malik have not even got engaged and their relationship has been strained in the past.

Zayn Malik and Gigi Hadid initially had a relationship in 2015 and the two were seen together several times while the two also openly expressed their love for each other in the media. 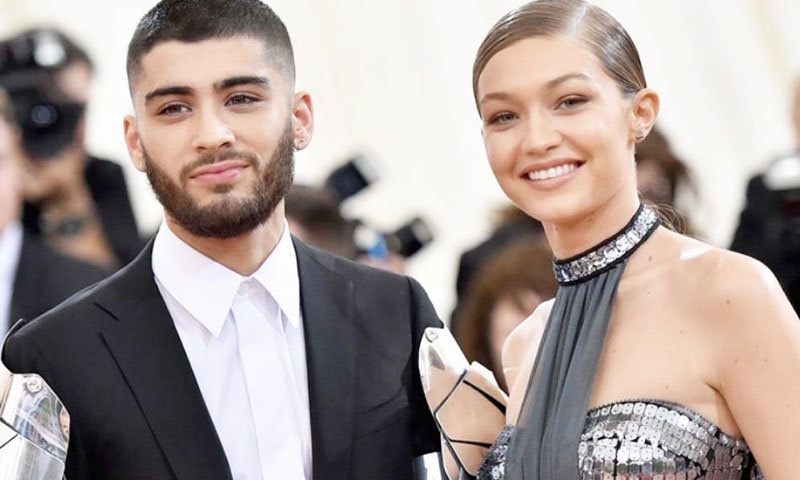 After January 2020, Gigi Hadid and Zayn Malik were seen together several times, but they did not talk openly when their relationship was restored and only a few days ago, news started coming about them that both were married before. Parents are about to be born.

There are reports that the two are confined to the same home in the United States due to the coronavirus epidemic.

It is believed that the couple will get engaged before the birth of their child, but they did not elaborate.

Related Posts
Osman Khalid Was Made a Girl, and His Picture Was Uploaded on the Dating Website.
After Rishi Kapoor's death, his wife actress Neetu Singh released her first message
The lights shone on the Mizar e Quaid
On Death of Rishi Kapoor personalities from the showbiz industry have been expressing their grief on social media
Mehwish Hayat is inspired by the wife of former US President Obama
Film or Web Series on the Personal Life of the Founder of Pakistan
On the Death Anniversary of Edhi Sahab, Let us remember his effor
Nada Yasir Faces Criticism for Showing 'mother-in-law and Daughter-in-law' Quarrels