Actress Zoya Nasir explained in an Instagram post two days ago that German YouTuber Christine Batesman, also known as Chris Batesman, who entered the realm of Islam in February this year, has clarified the allegations against her. Zoya Nasir had claimed in an Instagram post on May 22 that her fiance Christine Batesman, also known as Chris Batesman, suddenly changed her attitude towards Pakistan and Islam, which led to her ending her engagement. 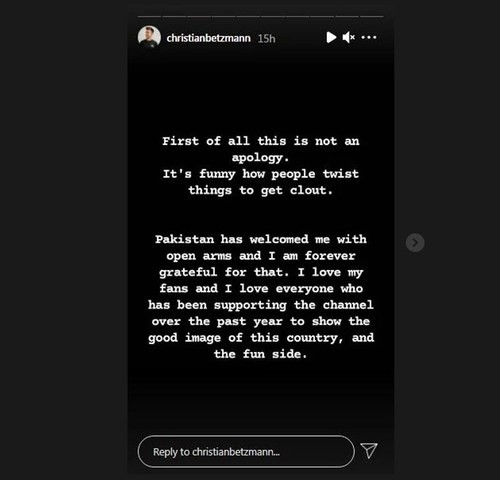 Zoya Nasir had told fans that she and Chris Batesman were no longer in a relationship and would not get married. The actress and model wrote that there are some reasons, social and religious boundaries, which should not be crossed in any way and should live with respect, tolerance, and sincerity. After the actress's post, most of the people and fans started accusing Chris Batesman of being an enemy of Islam and Pakistan and also termed his entry into the realm of Islam as a drama. However, after allegations by fans and Zoya Nasir's post, she clarified in Instagram stories that she has not written anything wrong about anyone's religion nor has she said anything anti-Pakistan. In several stories, Chris Batesman made it clear that Pakistan is a third-world country, there are other issues, including piles of dirt, and talking about such facts does not mean hating or opposing Pakistan. 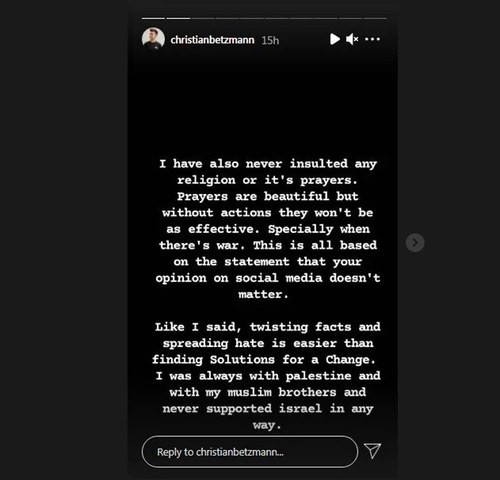 German YouTuber wrote in his stories to know that he is not apologizing for any issue but it is very funny that people keep mixing things and things. In one story, he wrote that he adopted Pakistani culture, blended it into life here, and if he talks about Pakistani issues, it means that he is really concerned about Pakistani issues. Chris Batesman made it clear in a story that he did not make fun of any religion or its prayers. 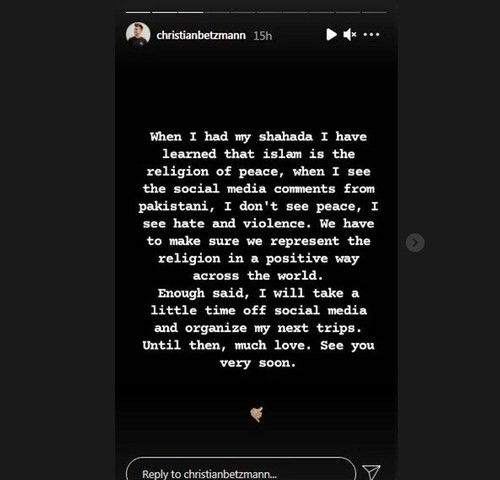 "Prayers and worship are beautiful, but sometimes they don't work, especially when war breaks out and some practical steps are taken to prevent it," he wrote. German YouTuber made it clear that he was with the Palestinian Muslims as a Muslim and did not support Israel in any way. In one story, he wrote that when he converted to Islam, he found out that it was a religion of peace and love, but when he saw the comments of Pakistanis on social media, he saw no love anywhere. 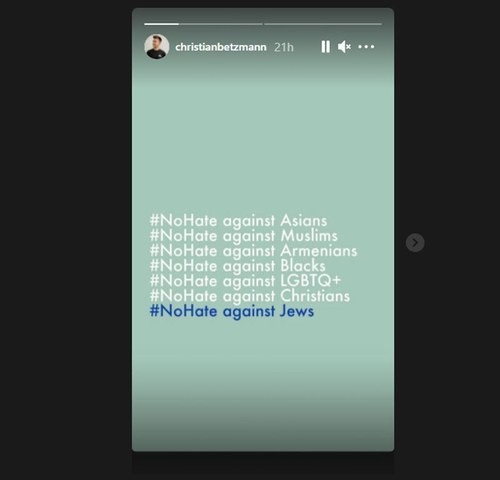 He suggested that only we, through our good attitudes, can send a good message about religion to the whole world. "There is no room for hatred against Muslims, Asians, Armenians, homosexuals, Christians, and Jews," Chris Batesman wrote in a story. It is believed that Chris Batesman and Zoya Nasir got engaged in February this year and German YouTuber had converted to Islam before the relationship began.

However, two days ago, on May 22, Zoya Nasir confirmed the end of her engagement on social media, saying that she ended the engagement because of Chris Petzman's sudden change of heart about his country and religion.

People Call Me and Vicky Katrina and Deepika Not in Your Time, Ranveer Singh