For the first time, an 85-year-old Judi Dench has been featured on the cover of Vogue magazine

For the first time, an 85-year-old woman has been featured on the cover of Vogue magazine, which has a unique significance in the world of fashion.

Vogue Magazine is one of the most prestigious fashion magazines in the world. It was launched in the United Kingdom in 1916, and later in other countries, including the United States.

Vogue magazine has always been criticized for trying to cover white, physically attractive, and beautiful women on the cover.
And the magazine has also been accused of discriminating against employees. 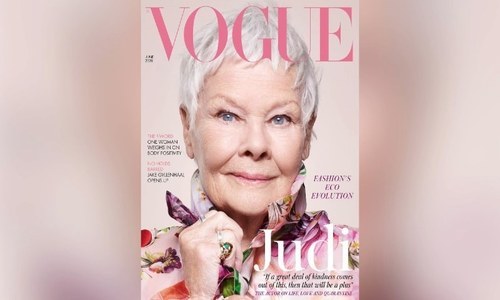 The magazine's management has been accused of appointing only women to senior positions, including white and attractive-looking women.
And in the wake of such criticism, the magazine has made significant changes in the last few years, and now even older women have begun to adorn the cover of the magazine. 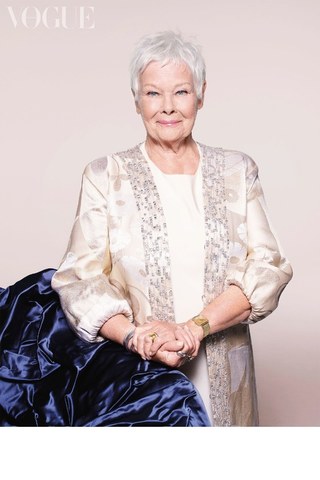 Judi Dench began her career in 1964
According to Vogue, for its June issue, Oscar-winning Hollywood 85-year-old Dutch-born British actress Judi Dench has been featured on the cover.
And she's the first woman in the magazine's history to receive the award at this age.

According to the report, due to the lockdown imposed by the coronavirus around the world, Judi Dench was interviewed for the magazine at home, but her pictures were taken before the severe lockdown in the UK.

During the interview, Judi Dench also spoke openly about Showbiz, including her career, and expressed happiness that despite her age, she was featured on the cover of a well-known magazine.

During the interview, Judi Dench talked about other memories, including talking about her favorite movies, and said that times are changing and gender equality is emerging everywhere.

Judi Dench won an Oscar for her role as Queen of the United Kingdom in the 1998 film Shakespeare in Love
Judi Dench began her career with The Third Secret in 1964 and has starred in over 150 films and dramas.

Judi Dench has won several top film awards, including an Oscar. She won an Oscar for her role as Queen of the United Kingdom in the 1998 film Shakespeare in Love.

Although Judi Dench began her film career in 1964, she began acting on stage before showing the essence of films, and for the first few years, she starred in several Shakespeare plays.