Leading actor Feroz Khan surprised everyone by leaving the showbiz and declaring that he would live according to Islamic teachings.

For the past few weeks, news has been circulating that Feroz Khan has decided to say goodbye to the showbiz and he will announce it soon.

There were reports that Feroz Khan, a successful actor in the television industry, has also decided to follow in the footsteps of singers like Rabi Pirzada and Hamza Ali Abbasi and will announce soon.

The news began circulating when Feroz Khan had deactivated his Instagram account a few weeks ago, which his fans expressed concern over.

And now he announces leaving the showbiz via Twitter, saying that his life now aims to spread the teaching of religion. 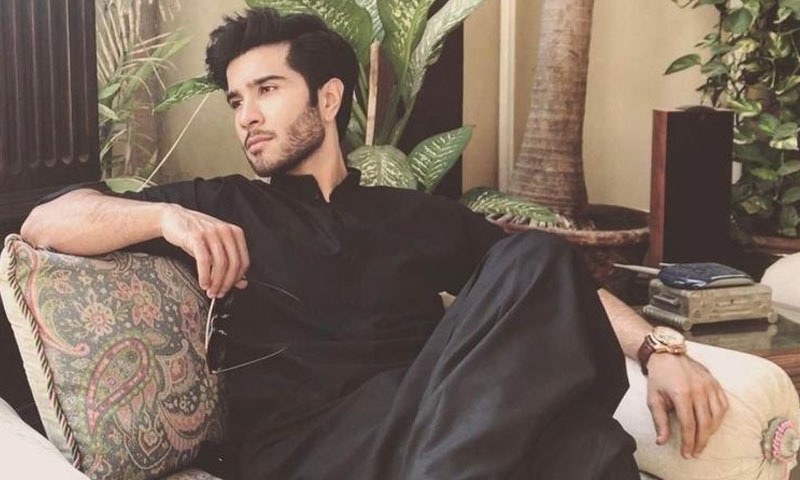 For a few weeks there was news that the actors were about to leave the showbiz - Photo: Instagram
In a brief tweet, Feroz Khan said that he confirmed that he had said goodbye to the showbiz and would now use the platform to spread religious teachings.

He wrote that he knew the fans were waiting for his response and now he asks the fans to pray for him. 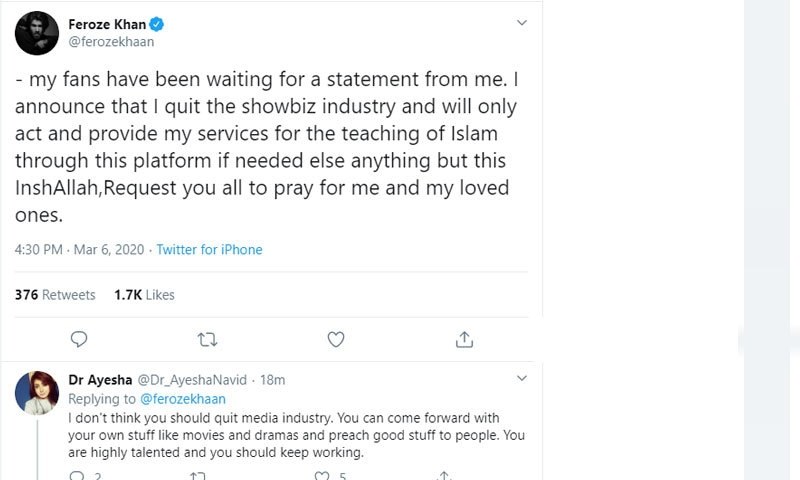 Feroz Khan started acting after 2014 and has worked in over a dozen plays so far, his popular plays include 'Gul Raina, Chup Raho, Tum Say Mil Kay.

Feroz Khan has also worked in films such as 'Zindgi Kitni Haseen Hai' and 'Tich button', his film 'Tich button' is likely to release this year.

Feroz Khan is the brother of actress Humaima Malik and Dua Malik, who once said in an interview to his sisters that if his sisters Humaima and Dua are right to decide on the personal life and his career. If they were asked, he would not allow them to work in the showbiz industry. 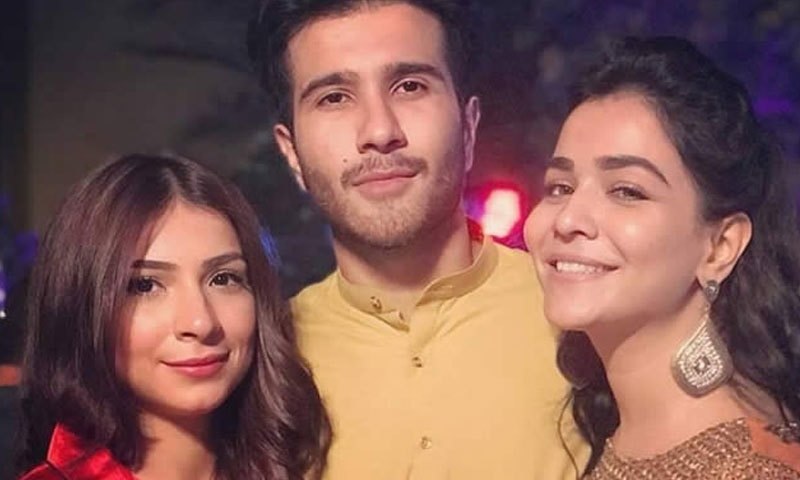 Humaima and Dua Malik are their sisters - Photo: Facebook
At the same time, he explained that he had no choice over his sisters' personal lives and wanted to work in the showbiz industry, so they could not ban him.

However, he said that as long as he was destined to work in the showbiz industry, he would remain a part of that industry and he would act on it the next day when his fate was decided. 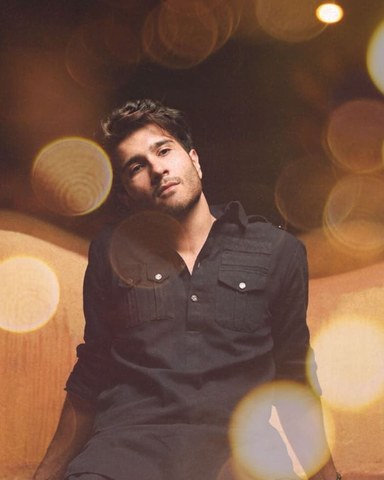 According to the actor, he will now spread the religious teachings - Photo: Instagram

How to Cook Rutabaga (Swede)?