After her stellar performance in the recently concluded web series 'Miss Marvel', fans hope that Mehwish Hayat will now be cast in the Hollywood superhero film 'Wonder Woman'.

So far, two films of the said series have come out, in which Gal Gadot's work was appreciated. Still, after seeing Mehwish Hayat's performance in the web series 'Miss Marvel', many fans expressed their wish that the Pakistani actress is now Israeli.

That's not true mehwish is way better looking than gal

Several fans took to Twitter to call Mehwish Hayat a better replacement for Gal Gadot and wished he would be cast in 'Wonder Woman.

YES!!! shes literally perfect from every angle and shes got a profile that deserves to be sculpted 😩

Mehwish Hayat recently attended the premiere of her Pakistani film 'London Nahi Jaon Ga' as per the wishes of her fans, where she was also asked about Wonder Woman.

Mehwish Hayat was asked if she sees herself in Gal Gadot's role in Wonder Woman. She replied with a smile that she hoped Marvel Studios would be listening to the fans' wishes and would respect their wishes.

That is, Mehwish Hayat smiled and expressed the hope that Marvel Studios would cast him in the superhero film 'Wonder Woman' at the fans' request. 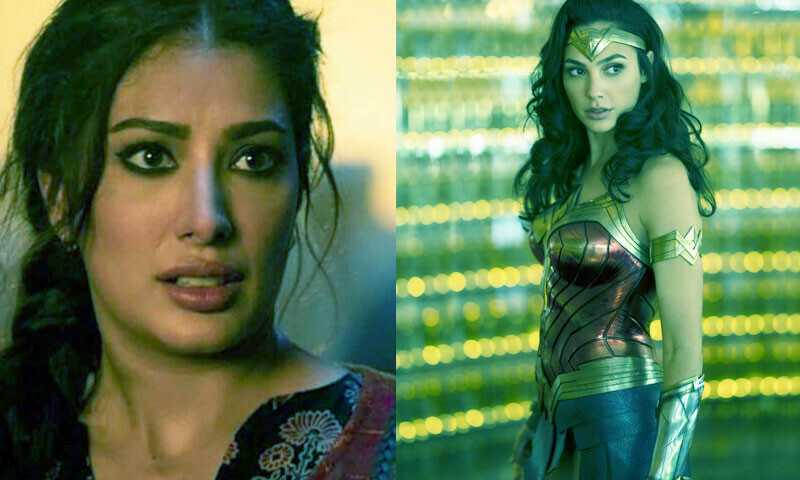 Although Marvel Studios has not yet made a clear announcement about the third film of 'Wonder Woman', it is believed that the third film in the series will be released by 2025.

In both films, Israeli-American Jewish actress Gal Gadot played the role of 'Wonder Woman', the superheroine.

Shehroz and Sadaf Have a Daughter, Congratulations From Showbiz