After actress and singer Hadiqa Kiani posted a compliment for fellow actor Bilal Abbas on Instagram, fans suggested that he marry her. Hadiqa Kiani shared a photo taken with Bilal Abbas on Instagram, praising him and calling him a "pure soul". The actress also wrote about her popular drama 'Dobara' which was aired on TV with the young actor and wrote that she wanted to share her experience of working with Bilal Abbas. 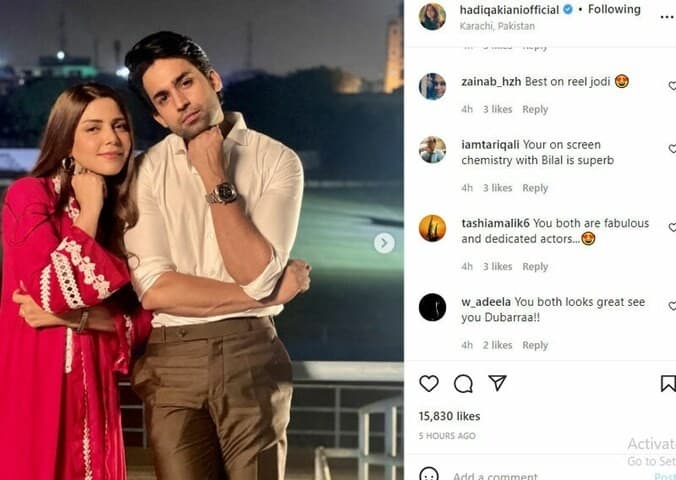 After the singer shared a photo with Bilal Abbas and complimented him, the fans wished him well and gave him advice. Most people appreciate the pair and call them real-life pairs. Some people agreed with Hadiqa Kiani and praised Bilal Abbas for his acting and honesty and called him a 'gentleman'. 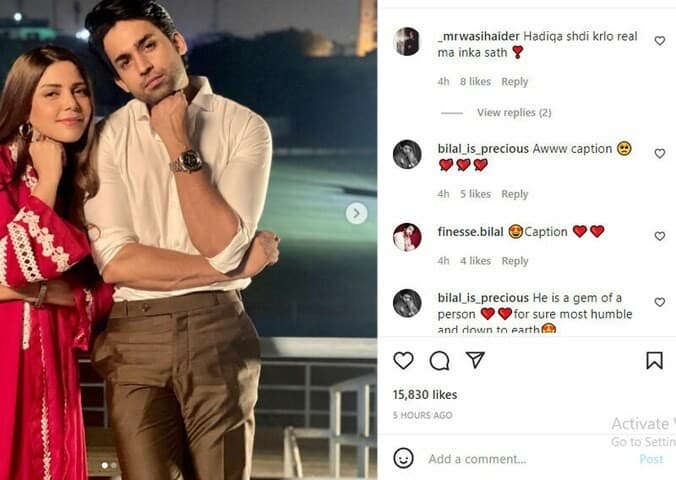 Some fans addressed Hadiqa Kiani and suggested that she actually marry Bilal Abbas. It may be recalled that Bilal Abbas and Hadiqa Kiani have played the roles of husband and wife in the drama 'Dobara' aired on Hum TV. In the play, Hadiqa Kiani's first husband dies and despite her old age, she marries Bilal Abbas, who is many years younger than her. While the duo is being praised in 'Dobara', the drama has also gained a lot of popularity due to its unique story.

Related Posts
Jada Pinkett Admits to Having an Extramarital Affair With a Middle-aged Man
Interesting video viral of Dwayne Johnson with his daughter
Mahira Khan's Bold Photo Shoot on New Year's Eve
Fawad Khan and Sanam Saeed Likely to Appear in Web Series
What Do Showbiz Personalities Plan to Do in 2021?
India Making Film on "Lahore Hira Mandi" and We Are Banning Content, Mansha Pasha
Mahira Khan Announces Return to Drama Industry This Year
Our Technical Department Has Not Gone That Far So the Color of Drama Can Be Seen in the Film, Usman Mukhtar