Turkish dramas to be aired on Pakistan Television (PTV) in late April at the request of Prime Minister Imran Khan almost all the actors of 'Ertugrul Ghazi' have become popular in the country.

However, now many fans have described actress Burçin Abdullah, who played the role of Christian woman Helena in 'Ertugrul Ghazi', as a counterpart of Pakistani actress Humaima Malick, which has been discussed on social media by both the actresses. Although Barsin Abdullah appeared in the first episodes of 'Ertugrul Ghazi', in the last two months, Pakistani fans did not consider him as a counterpart of Humaima Malick. 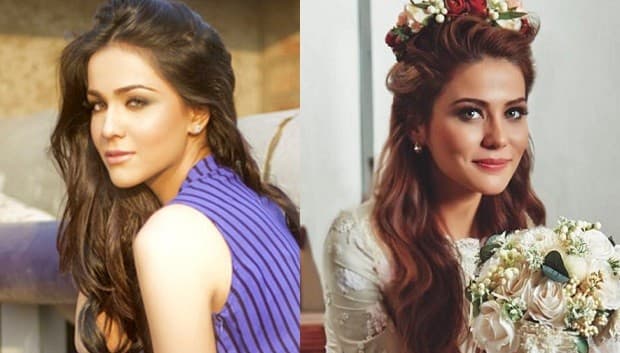 However, after the airing of more than 50 episodes of the play, when Barsin Abdullah's character began to change, fans were taken aback and called Helena the equivalent of Humaima Malick. On social media, several people shared photos of the actress of 'Ertugrul Ghazi' calling her an equal of Humaima Malick and said that there is a striking resemblance between the two faces.

However, many people also said that Burçin Abdullah looks like a Pakistani actress in some episodes of 'Ertugrul Ghazi', it is not correct to call her a complete counterpart of Humaima Malick. If you look at the pictures of the two actresses, the two look somewhat similar in some pictures, but at first glance, the two do not look like each other.

The Turkish actress, who is considered to be the equal of Humaima Malick, started acting in 2008 and gained fame even before 'Ertugrul Ghazi'. Bertin Abdullah was taken to new heights of fame by 'Ertugrul Ghazi' like other actors. Burçin Abdullah, 33, is married and the mother of one child and has starred in about 70 episodes of 'Ertugrul Ghazi'.

Learn how to use Dark Mode in Windows 10

Related Posts
Application Submitted in Court for Lifetime Ban on 'Zindagi Tamasha'
Video Viral With Brothers of Yasir Nawaz in the Style of Ahmad Shah
Khalil-ur-rehman Qamar Wanted to Work With Me More, Mahira Khan
YouTube Star Shahveer Jafry Got Engaged
Birth of a son of Faisal Qureshi
Shahrooz and Sadaf Together in a Telefilm After Marriage
Bushra Ansari Apologized for Her Inappropriate Comments
Game of Thrones actor suffer from the Corona virus