Fans Are Unhappy to See Mahira Khan as a Lieutenant General

Most fans are disappointed to see Mahira Khan as Nigar Johar, the first female lieutenant general of the Pakistan Army, in the upcoming telefilm "Ek Hai Nigar," which is based on a true incident.

The film 'Ek Hai Nigar' was made in partnership with the Pakistan Army Public Relations Department (ISPR) and will air on ARY soon. The first teaser for the telefilm was released on Independence Day, but most people were disappointed to see Mahira Khan in the role of Lieutenant General Nigar Johar in the second teaser.

Mahira Khan is shown as a general reporter in the second teaser released. Bilal Ashraf, who plays Lt. Gen. Nigar Johar's husband, may also be seen in the teaser. The trailer also depicts the marriage of Pakistan's first female lieutenant general and her struggles to enter the army. However, as soon as the teaser was aired, most people thought Mahira Khan was unfit for the role of lieutenant general and that she should have been replaced.

The majority of people applauded Mahira Khan's performance and stated that they have no issues with her; but, because 'Ek Hai Nigar' is a biographical picture, an effort will be made to hire an actress who plays Lt. Gen. Nigar Johar. Some individuals also believed that Areeba Habib, who looks a lot like General Nigar, should have been cast instead of Mahira Khan. Similarly, other fans proposed Sanam Baloch, claiming that because she always has a grin on her face, she would have been an excellent fit for the character of Lt. Gen. Nigar Johar.

At the same time, several individuals argued that Mahira Khan was playing the part of Pakistan's first female general with extreme severity and wrath, and that she should have performed the role with a grin. 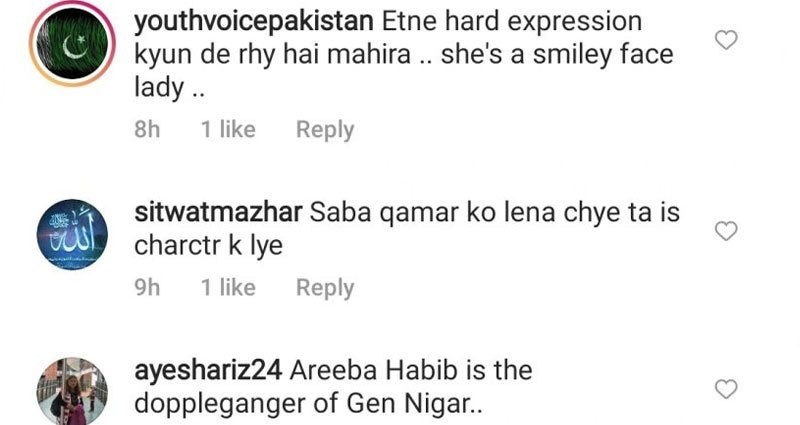 At this time, it is unknown what he will do after leaving the position. Umairah Ahmed wrote the storey for the biopic, which was directed by Adnan Sarwar. Civil Fry, Nina Kashif and Mahira Khan's production company, will release the film. Nigar Johar Khan was promoted to the position of Lieutenant General in the Pakistan Army in June of last year, after serving as a Major General previously.

She was the first woman to occupy the position of military officer. In June 2020, she was elevated to Surgeon General of the Pakistan Army.

Lies are a major cause of marriage breakdown in the showbiz industry: Sanam Marvi

In the History 2020, Foreign Film Declared the Best- Gossip Pakistan