Actress Ushna Shah is being severely criticized for sharing photos taken during the shooting of the soon-to-be-released song on social media.

In the past, Ushna Shah has been criticized for her style, bold photos and videos, but recently people have also made inappropriate comments on her photos. Ushna Shah recently shared photos taken during the shooting of one of her upcoming songs 'Kangana' on Instagram, which made people angry at her style.

Sharing the photos, Ushna Shah clarified that they were made during the shooting. However, people expressed anger over the actress' photos and accused Ushna Shah of spreading obscenity while also mocking her for wearing bold clothes despite being a woman from a Muslim country. Many criticized Ushna Shah instead of singer Manaj Musk, calling his dress a reflection of Indian and Western culture.

Some users made inappropriate comments on Ushna Shah photos and used harsh language against her, while some said that women associated with showbiz prefer to wear such western style clothes. Some people even said that it is useless to guide such women now, because it has become their habit to wear bold clothes while working in showbiz and such people do not understand the words of the Prime Minister, so how can the common people speak? Will you understand 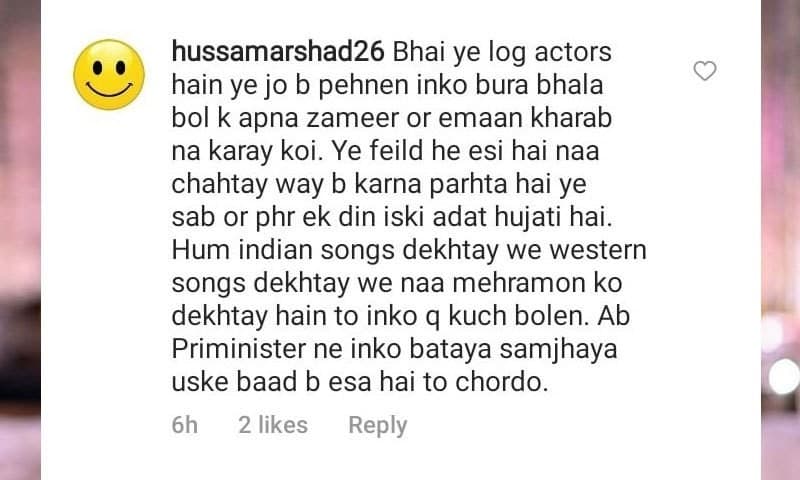 Some fans praised Ushna Shah and explained to her that she should not wear such a bold dress.

Pakistani scientists have identified drugs that help to treat corona

6 Ways to Improve Your Credit Rating

Related Posts
Meera's Social Media Account Has Been Hacked
Is Shah Rukh Khan going to act in a web series?
How did the rise and fall of Mahima Chaudhry's career come about?
Humayun Saeed made fun of the Adnan Siddiqui on instagram
Fans Congratulate Sajal Aly on Her Birthday
After His Wife, Aamir Liaquat Made His Acting Debut in "Bus Corona"
Despite the epidemic, the Emmy Awards will be held in September
Did Michael Jackson Also Predict the Corona Virus?