Fans were outraged when the video of actress Amar Khan performing a dance performance at the wedding of her close and best friend Saboor Ali went viral.

Saboor Ali and Ali Ansari married on January 7 and started a new life. Both of them got married at the beginning of the year. Several videos and photographs from the couple's wedding have gone viral, with the bride and groom seen crying.

Although, during the wedding ceremony, the groom Ali Ansari was seen dancing, and videos of other showbiz personalities dancing came to light.

However, when Amar Khan's dance video went viral, fans were angry with him and advised the actress to remember social norms while being Pakistani. 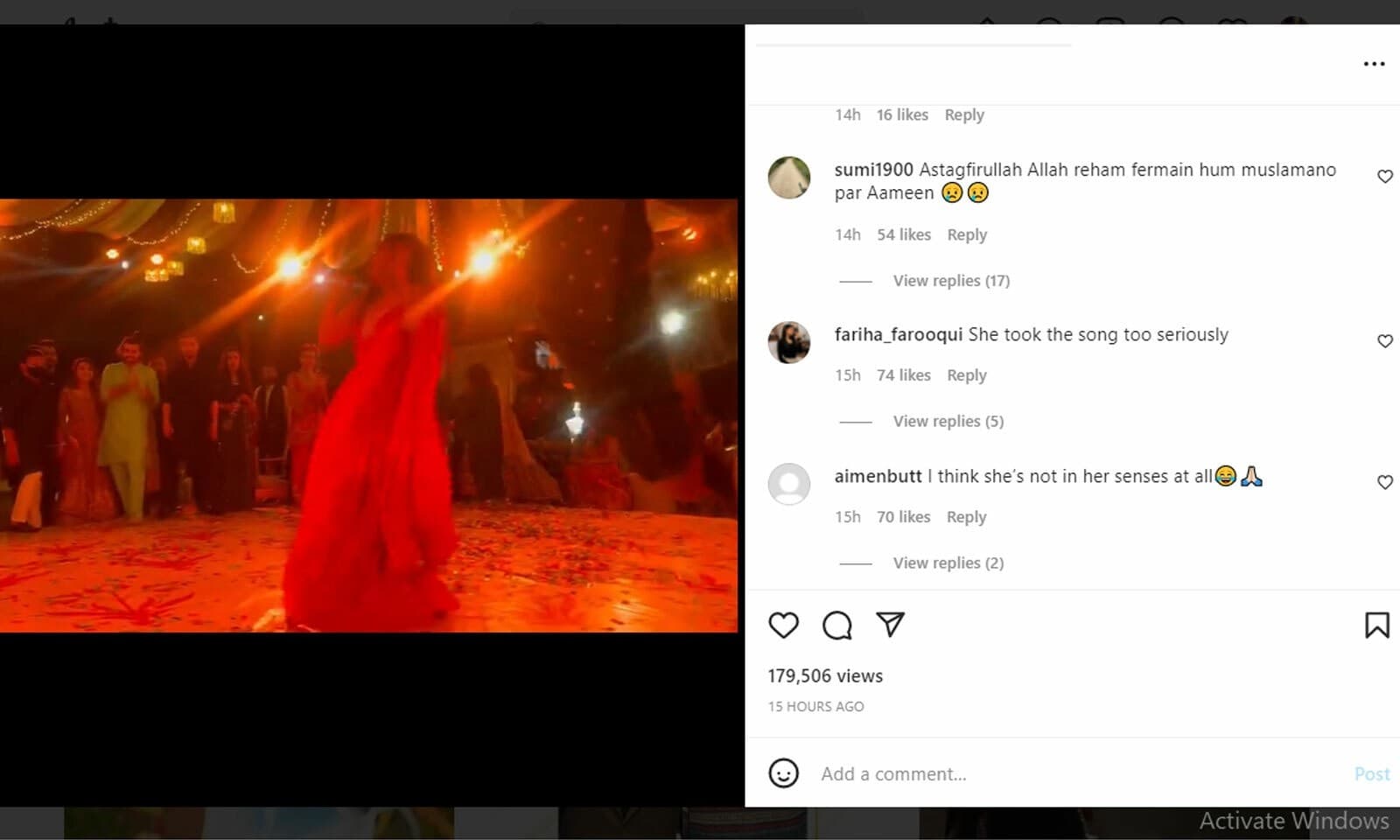 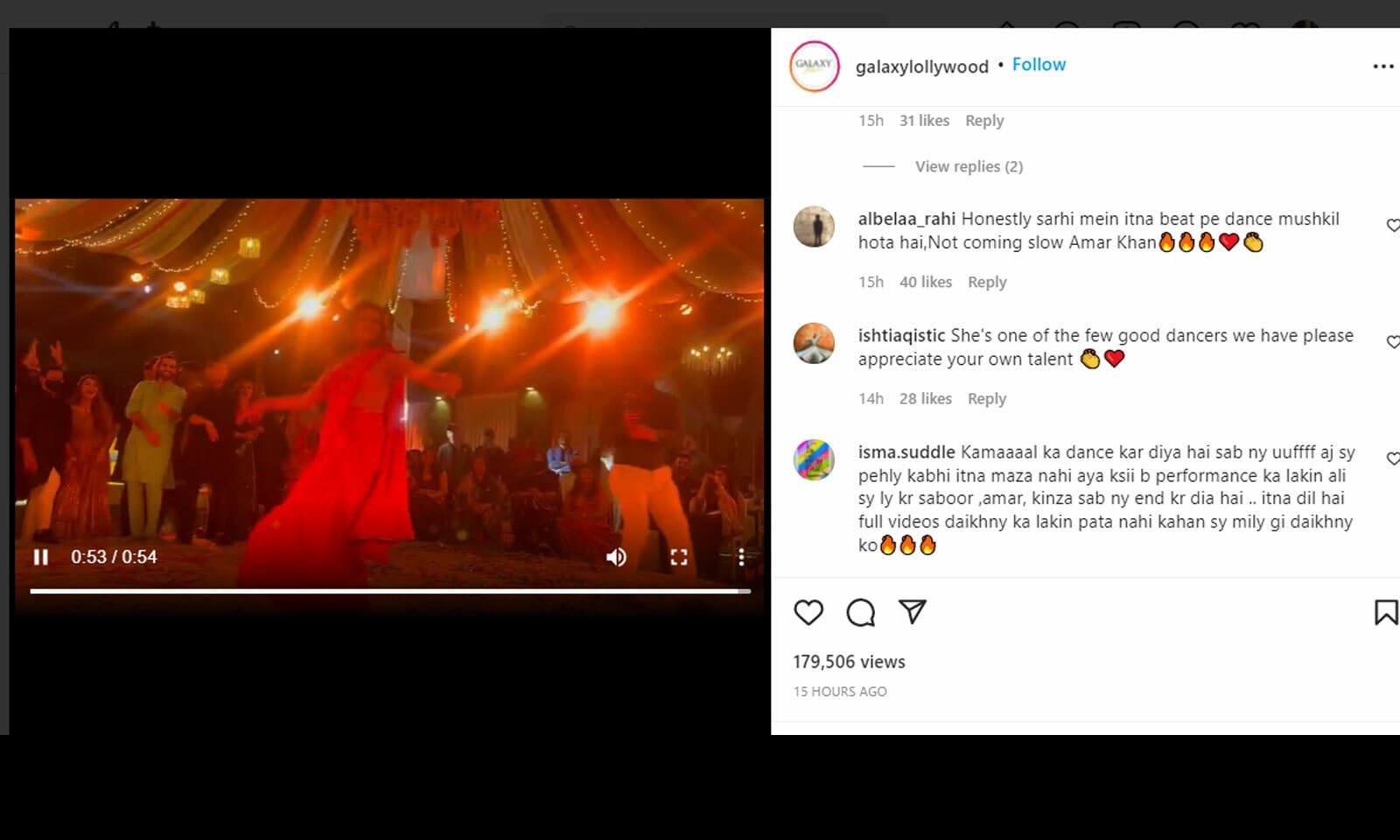 Amar Khan's dance videos were shared on various showbiz social media platforms, where fans of the actress criticized her and expressed their displeasure over her dance and style.

While some people criticized the actress for her dance, others also praised her dance in critical and meaningful words.

Some followers stated that they had never had so much pleasure seeing Amar Khan dance before.

On the other side, some people stated that, just as ordinary people like dancing at weddings, performers have the right to dance as well and should not be chastised for it.

Facebook has Begun Work on a New tool Against Fake Accounts

US President Donald Trump spoke to the Taliban leader via telephone

Related Posts
Fans Angry Over Sharing of Prayer Videos by Areeba Habib and Ali Ansari
Mehwish Hayat will not perform at the opening of the PSL5
Sajjal Ali and Ahad Raza Mir's Fans Are Happy When They Appeared Together in Advertisements
Nadia Jamil Succeeded in Defeating Cancer
Pemra Ask to Review the Content of 'Gala Biscuit' Advertisement
After a Week of Searching, the Body of Actress Naya Rivera Was Found
I can swear Imran Khan is not corrupt, Bushra Ansari
Photo of Hamza Ali Abbasi and Nemal Khawar With Son Goes Viral