Former TV host and actress Sana Bucha clarified her marriage rumours after her old photo with former cricketer Shahid Afridi went viral, saying she should not have been photographed with the cricketer.

A picture of Sana Bucha and Shahid Afridi went viral in June 2017, with people criticising the actress and other women in the picture.

The said picture has gone viral on social media several times in the last five years, and new claims have been made about the picture every time. 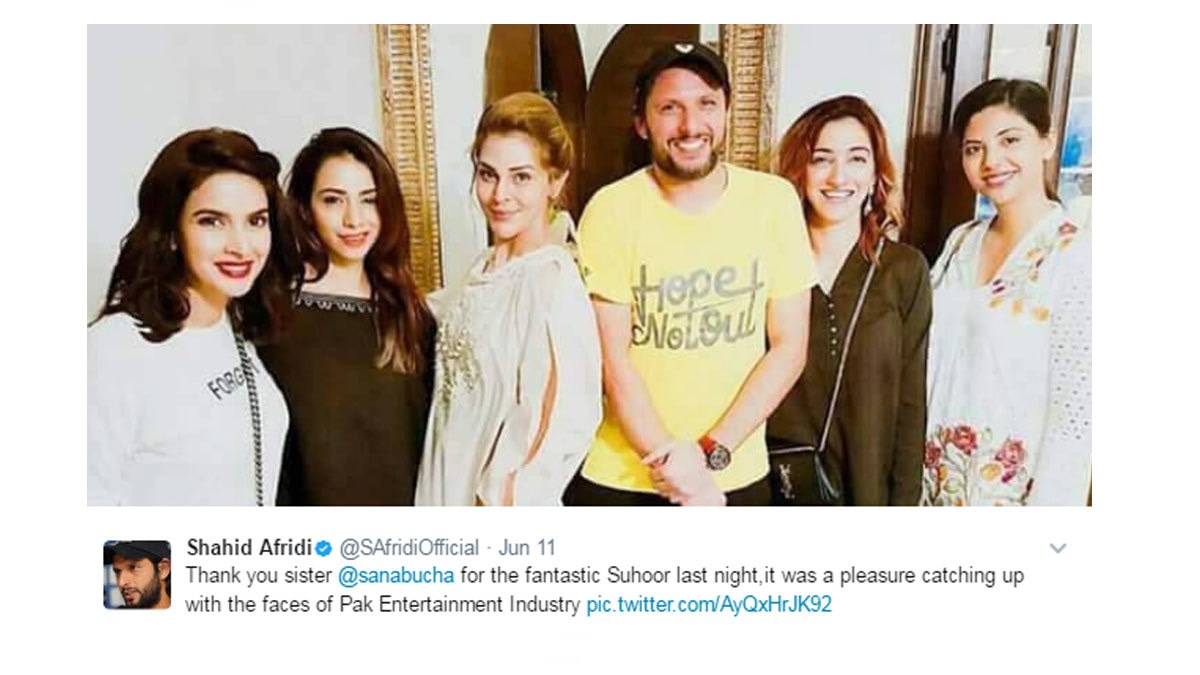 A few days ago, the same old photo of Shahid Afridi and Sana Bucha went viral, and rumours were spread on social media that the two got married.

Several YouTube channels and social media pages claimed the couple's marriage, but the former TV host has spoken out and regretted that he posed with Lala a few years back.

Thank you sister @sanabucha for the fantastic Suhoor last night,it was a pleasure catching up with the faces of Pak Entertainment Industry pic.twitter.com/AyQxHrJK92

In a recent interview with 'Daily Pakistan', Sana Bucha spoke openly about taking a picture with Shahid Afridi for the first time. She said she took the picture with the cricketer and her female friends during a Suhri feast.

He admitted that Shahid Afridi was a little nervous while taking the picture.

She said there had been a lot of talk about her above picture before, and recently, her picture went viral again, spreading rumours of her marriage which she condemns. 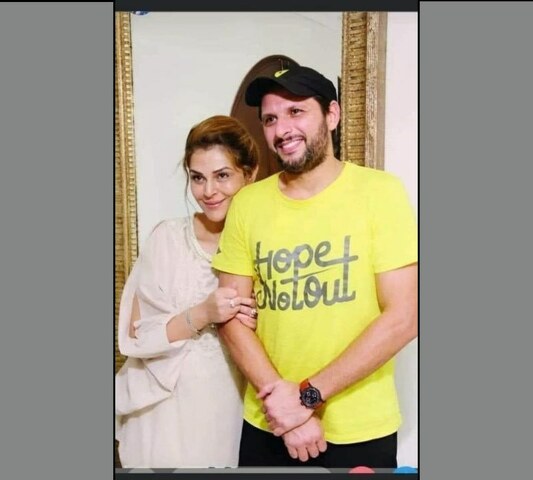 During the same interview, She confirmed that She was divorced.

According to Sana Bucha, she has forgotten her ex-husband's name. She does not even remember his face.

According to her, her father jokingly tells her that no one can marry her.

The former TV host and actress jokingly said during the interview that she is ready for second marriage, but she is not finding anyone.

At the same time, he said that the person who wants to marry him should contact him.

Sana Bucha jokingly clarified that the person who wants to marry her should be tall.

PESHAWAR: An uncle shot dead his youngest niece while making a fuss