Speaking to journalist Maleeha Rehman at an event, the actor expressed his happiness that he will become a father for the second time.

On the journalist's question, Shahroz Sabzwari said that Sadaf Kanwal needs a lot of rest these days. That's why she stays home and requests her fans to pray for her recovery.

According to him, he and Sadaf will soon share the good news of becoming parents to fans, and he is very happy and excited about the expected birth of the second child as he loves children very much.

At the same time, he said that he is asking for 10 to 15 days' leave from the producers regarding the birth of his second child, but so far, the producers have agreed to give him only 5 days left.

Shahruz Sabzwari, in the interview, also expressed her desire to get a role like 'Muna Tripathi' in the Indian web series 'Mirzapur'. 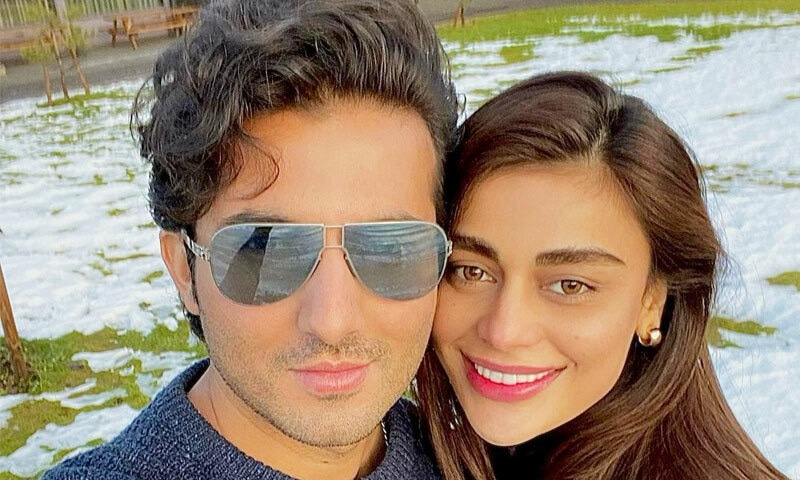 He said he wants not to get completely negative roles but to be given a role like 'Muna Tripathi'.

It should be noted that Shahruz Sabzwari and Sadaf Kanwal married in May 2020, before which the actor's first marriage was with Saira Yusuf, with whom he also has a daughter.

After being married in 2012 and having a daughter in 2015, Saira Yusuf and Shahroz Sabzwari decided to end their marriage and divorce in March 2020.

In March this year, it was reported that Sadaf Kanwal was expecting, after which her father-in-law, actor Behrooz Sabzwari, confirmed the pregnancy of the actress and model in April.

For the first time, Shahruz Sabzwari also talked about it and said he would soon tell his fans the good news of becoming a father for the second time.

No-confidence motion: Showbiz personalities come out in support of the Prime Minister

Related Posts
Bollywood actresses arrested for 'prostitution' business
Thanks to the authorities for renovating the toilet : Mehwish Hayat
Did Sushant Singh's Relationship With Three Actresses Cause Depression?
'Rishi Kapoor' is an era that has come to an end: Some Best Movies of Rishi Kapoor
Ushna Shah Recovers From Corona in 9 Days
Reham Khan: The only Prime Minister who was disgraced for prices of petroleum products
Reema Khan Celebrate Her Birthday with Her Family and Friends
Wasim Akram: I Will Swim Next Time Wearing Three Piece Suit or Ghaghra