The three children were seriously ill and wanted to meet the Turkish actor, which was fulfilled by Make A Wish Pakistan with the help of Engin Altan. Earlier, there were rumors that Engin Altan was coming to Pakistan to meet the children, but the meeting took place in a Facebook live video.

The event in Karachi was hosted by Ayesha Omar and was attended by several celebrities including Humayun Saeed, while the Turkish actor met her on live video. On the occasion, the children wore costumes such as the Ertugrul drama, while they also gave a gift of a sword to Engin Altan, which was received by the Turkish Consul General.

"I am exceptionally content with the affection I have for Pakistan, while Ertugrul's job was extremely troublesome yet in addition solid," said Engin Altan. He added that he will be coming to Pakistan soon to meet the fans, while Ayesha Omar said that Turkish actors may come to Pakistan next month.

During the ceremony, Humayun Saeed said that he has seen all the episodes of Ertugrul and it is because of the performance of Engin Altan, which has impressed him a lot. It should be noted that Make A Wish Pakistan is affiliated with Make A Wish Foundation International, which is dedicated to fulfilling the wishes of critically ill children. Since its inception, Make A Wish Pakistan has fulfilled the aspirations of thousands of sick children, giving them hope and strength in their lives.

Earlier, some media reports claimed that Ertugrul Ghazi's main characters would come to Pakistan to meet sick children at their request. 'Ertugrul Ghazi' has been airing on PTV since April 24 and now its second season has also started. The drama set a new record for popularity in Pakistan as soon as it aired and set a record for the first episode of Views, which has been viewed more than 70 million times so far, making it the most watched episode of any drama in Pakistan. 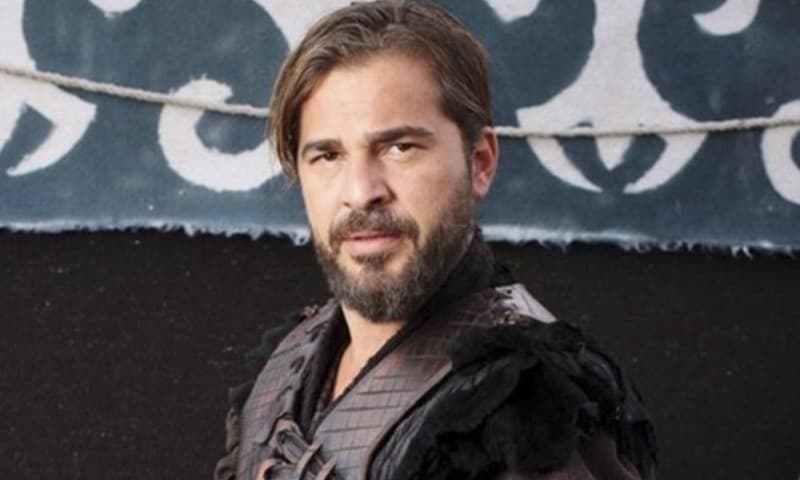 In fact, each episode of the drama is being watched by an average of more than 7 million people.

The story of the play dates back to before the establishment of the Ottoman Empire in the 13th century and the main story of the play revolves around a brave Muslim general named Ertugrul, also known as Ertugrul Ghazi.

Related Posts
Meera's Social Media Account Has Been Hacked
Rabi Pirzada New Nude Video Leaked and Viral on Social Media
I have the same ideology for Pakistan as the founders of Pakistan had : PM
Turkey's mosque turned into a 'supermarket' for the needy
The Interview is Mine, I Will Speak - Nimrah Ali's Video Goes Viral on Social Media
Usman Mukhtar Denied Allegations of Harassment Against Mehrooz Waseem
Ali Gul Pir's Video on 19 Points of Corona by Zartaj Gul
Kuwaiti couple arrested for making 'objectionable video'