Veena Malik wrote in her tweet that Ertugrul Ghazi is becoming more popular in Pakistan than in Turkey, which proves that the thinking and choice of the Pakistani people are still in accordance with Islamic traditions.

The actress further wrote that the popularity of the play has buried the slogan "My body is my Choice" and if Pakistani industry is to survive, Western culture must be abandoned.

It should be noted that the role of 'Ertugrul Ghazi' in the play is played by 41-year-old Anjin Altan who is married in real life and father of 2 children. 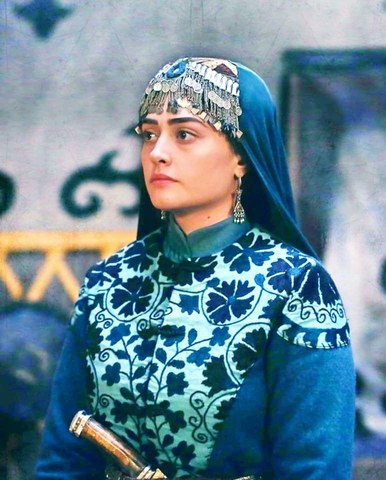 Halima Sultan
In the play, his wife 'Halima Sultan' is played by 28-year-old Esra bilgic who is a divorced woman in real life.

Although the entire cast of the play is being liked in Pakistan, the two main actors of the play, 'Ertugrul Ghazi' and 'Halima Sultan' are being liked a lot.

Related Posts
I'm infected with Corona, I want to share it with you: Faisal Khan
JK Rowling's compliment on the picture taken by Pakistani girl Laila
Hollywood Stars Who Got Married In 2019
Justin Bieber Exploited me Emotionally, Selena Gomez
Yumna Zaidi describes faith in Allah in the language of poetry
YouTube announces the release of the documentary on Justin Bieber's life
TikTok: How did ordinary Pakistani Youth win the Hearts of Millions of Users
Mahira Khan's Response to a Person Comparing Dubai and Pakistan With Regard to Women