Partial lockdowns around the world due to the Coronavirus and being restricted to people's homes have caused people to watch TV again, and that's why ratings for multiple channels have increased.

The countries where Corona has increased the number of people watching TV due to limited access to their homes include the United States most affected by the global outbreak.

According to a report by the Associated Press (AP), TV viewing in the US increased by 8 percent last week.

The report said that overall, where TV viewing increased by 8%, there was a 90% increase in views of several TV channels and some TV programs also recorded an increase in rating.

According to reports, people are confined to homes due to the lockdown due to the Corona virus, and to spend time they are watching TV, and those people include actress Julie Bowen who is watching more TV these days.

According to the actress, she watches the NBC Channel comedy series Brooklyn Nine Nine with her children nowadays.

"I have never seen this series before, it is very hilarious, I do not want to see a serious show at this time," he said.

Twenty years ago, it was thought that the end of these channels was nearing its end, but due to the lockdown, more than 30 million people were watching these shows on TV daily.

Last week, the ratings of several US TV shows set the record. 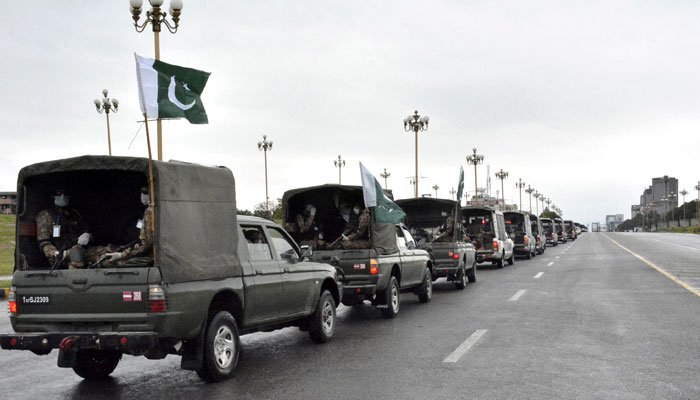 US President Donald Trump appears on television screens daily through a news conference, and 44 million viewers watched him on Fox News, a record in itself.

The closure of children's schools also saw an increase in television viewing.

On the other hand, the number of viewers watching the sports channel ESPN is decreasing, which is due to the ban on live sports.

According to the report, the number of viewers watching the CNN channel increased, while the ratings of Fox News and MSNBC channels also increased.

It should be remembered that in the United States, the Corona virus was the worst affected, and on the morning of March 27, the number of patients increased to more than 85,000.

In the United States, the state of New York is the worst affected by the virus, with half of the cases reported in the country.

The government has also locked down several states.

It is to be noted that on December 31, 2019, Chinese authorities informed the World Health Organization about the outbreak of the Novel Corona virus, while the disease was named as Covid19.

The outbreak broke out in Wuhan, China, after which it engulfed the world while watching.

Related Posts
Ayyan Ali, the Main Character in the Dollar Smuggling Case, Returns to Showbiz
Meesha Shafi Will Release Podcast in 2021?
Bilal Saeed Unveiled 'Qubool Hai' With Saba Qamar
Dholki to Manal Khan's Wedding Celebrations Begin
Farhan Saeed's Careful Praise of Urva Hussain
A talk With Italian architect trapped in Lahore due to coronavirus
Can You Identify the Most Popular Actor From This Childhood Photo?
Can you identify the popular personality behind this face?