Don't remember when I took my last shower, Lady Gaga
Well-known American pop singer Lady Gaga is always in the news because of her bold performances and wonderful statements, and this time she is also embellished by the unique statement.
The 33-year-old singer admitted in one of his tweets that his manager had asked him 'when was the last time'.
According to Lady Gaga, she replied to her manager that 'she does not remember when she was last seen'.
The pop singer also used the hashtag 'LG6' on Twitter to share private conversations with her manager and she wrote nothing more.
Thousands of people retweeted this actress's tweet while thousands of people gave interesting replies to her tweet.
Although the actress did not elaborate on the statement, her tweet suggests that she is so busy preparing for her sixth music video that she does not even have time to take a bath and does not even remember that she When was the last time you bathed?
Lady Gaga is also considered a fashion icon - Photo: Your Next Shows
The purpose of the singer's use of the hashtag 'LG6' is to point out that he is extremely busy preparing his sixth music album. 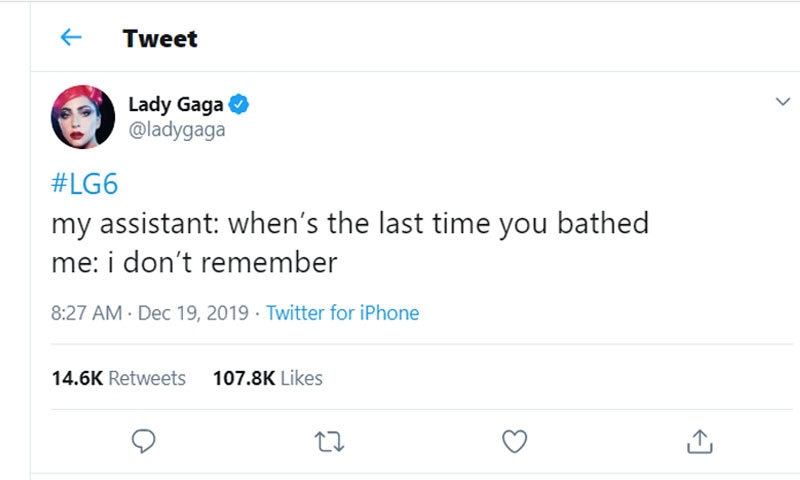 LG is actually an acronym for 'Lady Gaga', while 6 means their sixth musical album that has yet to be named.
Lady Gaga has already made interesting statements regarding this music album while she has been making interesting tweets about the same album. 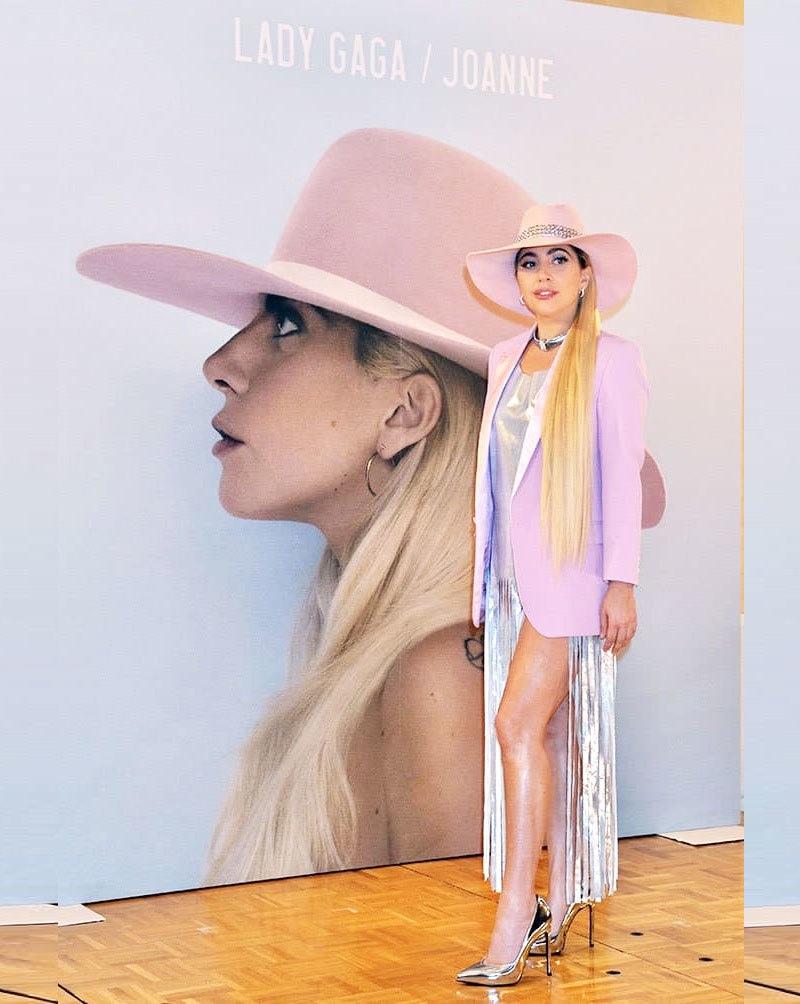 He even tweeted a recent tweet using the hashtag 'LG6' which his fans liked a lot.
In the past, Lady Gaga tweeted that 'there are wives who are pregnant' 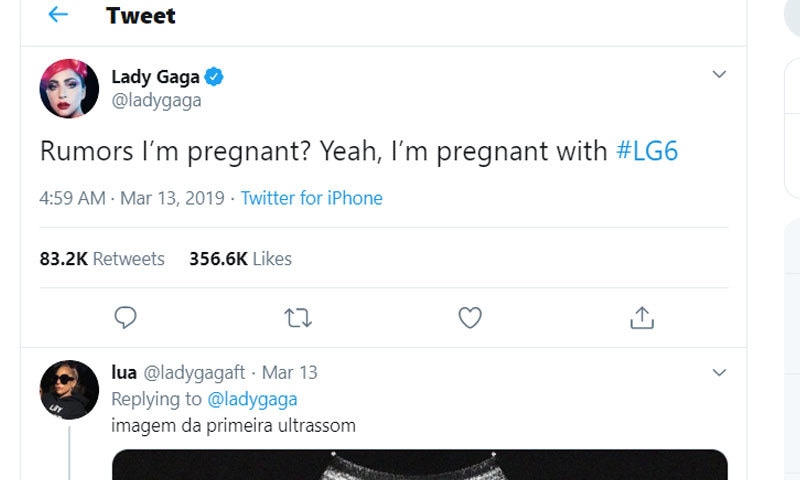 The actress admitted that 'Rumors I’m pregnant? Yeah, I’m Pregnant with #LG6’ the singer's tweet was also greatly appreciated.
Lady Gaga revealed earlier this year that she is preparing for her sixth music album and the name of the album has not yet been revealed.
Lady Gaga's sixth album is expected to debut in the first quarter of next year and will probably be titled 'Adele', but the singer has not made any comment in this regard.
Lady Gaga's fifth and last music album 'Going' was released in 2016, while earlier the fourth album was released in 2014, the third album 2013, the second album 2011 and the first album 2008.
Although Lady Gaga has released only 5 music albums so far, she has performed dozens of 'single' songs and her songs are greatly appreciated.
Apart from singing, Lady Gaga also debuted the film last year and is well-known as a global fashion icon.
Lady Gaga is also known for wearing controversial clothing, including her bold performances, sexist poetry and scenes.

5 problems of data storage and methods for solving them
Related Posts
After His Wife, Aamir Liaquat Made His Acting Debut in "Bus Corona"
Latest Pictures of Ayeza Khan and Danish with their Kids
Showbiz Diary: Sushant Singh's Sister Shweta Singh's Letter to Him
Diagnosis of Lung Cancer in Sanjay Dutt
Application Submitted in Court for Lifetime Ban on 'Zindagi Tamasha'
Google Pays Homage to Waheed Murad with a Doodle
Engin Altan (Ertugrul Ghazi) became a Crush of Mehwish Hayat
Umar Akmal Trending on social media Due to 'funny tweet'