After the actress' Sanam Jung, the successful television actor Faysal Qureshi also urged people not to make their compulsion a publicity stunt while helping the needy.

The actor wrote in his tweet on social networking website Twitter, "Don't make pictures or videos while trying to help, there are some people who are getting this help because of compulsion, not make people's compulsion a public stunt. Time is a cruel thing. ' 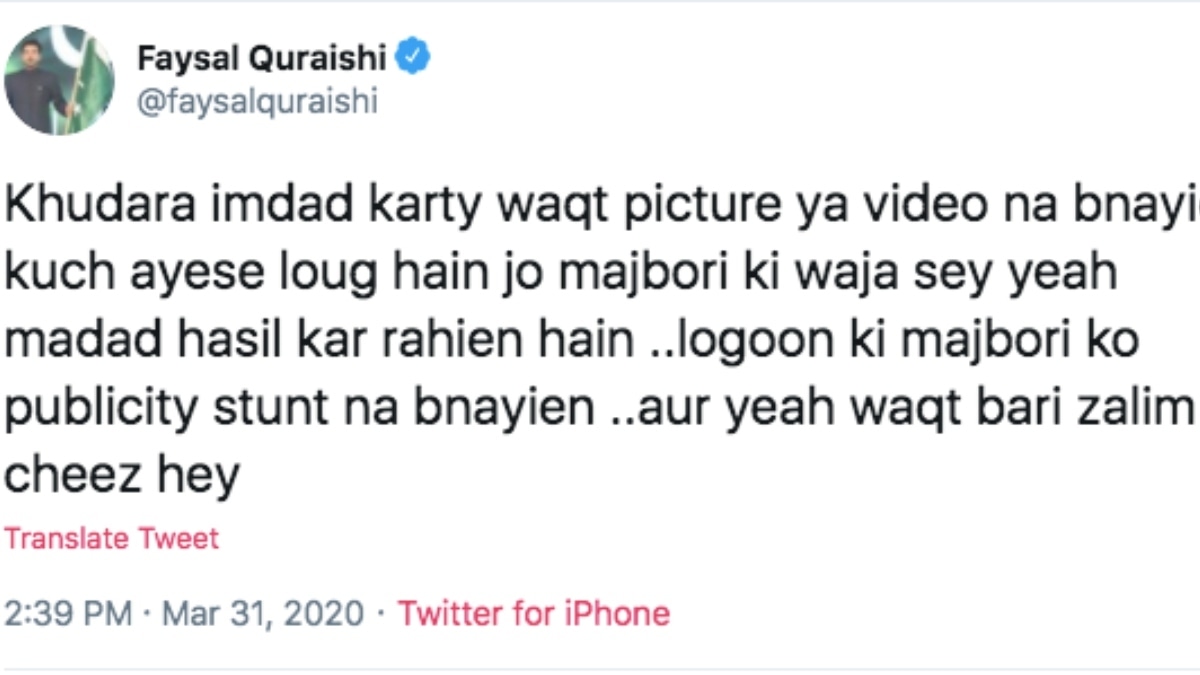 He wrote, "The is truth, may Allah Guid them now."

"One thing is not understood, why do all this always happen in front of the camera when celebrities donate something or do something for the poor?" He wrote.

According to the singer, 'Imam Ali says that one should not look into his eyes while giving charity, but here the whole world is shown'.

On her post, singer Natasha Baig commented, "I don't know about others, but it is important for celebrities to follow them so that those who follow them will be impressed and they also intend to do good work."

It is to be remembered that donations to Prime Minister Imran Khan's Corona Virus Relief Fund started from yesterday and Imran Khan appealed to the public to increase their participation.

It should be noted that the purpose of this fund is to help those who are suffering severe hardship due to the lockdown caused by the Corona virus.

So far, many celebrities from Showbiz have made donations to the fund, including celebrities like actress Humayun Saeed, Mahira Khan and Ali Zafar.