The war between the United States and China has been raging for the past four months over the spread of the coronavirus epidemic, which began in December 2019 in the Chinese city of Wuhan, and its alleged laboratory preparations.

A number of US government officials and experts have suggested that the coronavirus may have been transmitted to the world through a laboratory at the Wuhan Institute of Urology in the Chinese city of Wuhan, and the US government has launched an investigation into the matter. It does not yet have any authoritative evidence in this regard.

On April 30, US President Donald Trump once again claimed that China had in fact spread Corona to defeat him in the November 2020 presidential election.

On the other hand, China claims that the coronavirus was brought to China by the US military.

The Chinese government claimed in March that some members of the military athletes participating in the October 2019 Wuhan Military Games had brought Corona from the United States to China.

However, China also does not provide any evidence in this regard and now the names of a woman and her husband have come to light in this regard, who are accused of actually bringing China Corona from the United States. 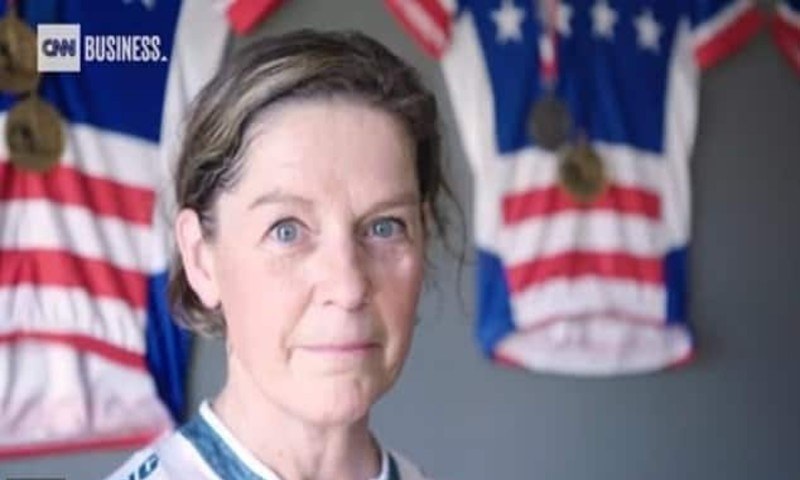 According to the American broadcaster CNN, the American woman is being accused on other Chinese social platforms including Weibo and WeChat, and YouTube that she brought China Corona from the United States.

According to the report, it is being claimed on various social media platforms in China that it was Mataji Benassi, a private office of the US Air Force, who brought Corona's disease from the United States to China.

CNN reported in its investigative report that the allegations against Mataji Benassi were initially made in March and that the Chinese public first expressed suspicion about him, but later released a video from an American YouTuber. After his release, allegations were leveled against him.

George Webb, a 59-year-old American YouTuber, released a video of Mataji Benassi at the end of March, in which he presented false facts without providing any evidence and claimed that the coronavirus had been developed in a US laboratory.

In the video, George Webb claims that after preparing Corona in an American laboratory, Mataji Benassi and her husband Matt Benassi were given the responsibility of transferring Corona to China, and the couple took Corona to China under the pretext of participating in military games. ۔

The American YouTube video has been viewed more than 27 million times and has more than 100,000 subscribers on YouTube.

Referring to the YouTuber, CNN claimed that he continues to make rumored videos on controversial issues and calls himself an investigative journalist.

Mataji Banasi and her husband are US Air Force civil servants.
After George Webb's video surfaced, allegations against American woman Mataji Banasi escalated, and her home address began to be shared on various Chinese social media platforms, including posting pictures of the woman and her husband. ۔

After the rumors spread on social media, people started sending threatening messages to Metaji Banasi and her husband, after which the two closed all social media accounts.

Even more shocking is the fact that after the video of the American YouTuber came out, the Chinese media also aired reports on the allegations against Metaji Benassi and the Chinese media demanded from the US government that not only the said woman but also Provide information on the health of all members participating in military games.