Versatile Bollywood actor Irfan Khan died in Mumbai a day ago, after which he was buried in the cemetery.

According to Indian media reports, Irfan Khan's last rites were performed by his sons Babel and Ian in the Versova cemetery in Mumbai.

The report added that only five members of his family attended the funeral.

Due to the lockdown in many countries due to the coronavirus, people belonging to the cinema industry were not allowed to attend Irfan Khan's funeral. 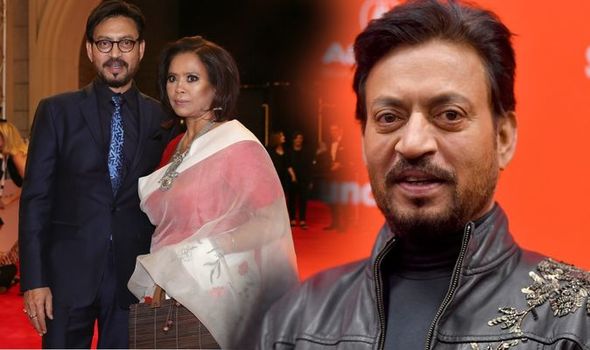 However, filmmakers Vishal Bhardwaj, Kapil Sharma, and singer Mika Singh reached the graveyard and paid homage to him.

The report further said that a large number of police were present at the entrance of the graveyard so that the fans of the actor could not enter the graveyard and gather there.

It may be recalled that Irfan Khan had a colon infection for which he was admitted to the hospital.

The news of his death saddened the fans and his colleagues.

At the time, Irfan Khan had said on social media that he had been feeling unwell for the past several days and that he had initially learned that he was suffering from a dangerous or contagious disease.

However, she clarified that it was not yet fully known what disease she was suffering from and what stage she had reached.

He returned to India in 2019 after recovering and after that his film 'English Medium' was also released which proved to be a success.

It may be recalled that Irfan Khan while sharing his last message for his fans on Twitter in February this year, wrote that "I am with you today or not".

A few days ago, Irfan Khan's mother also died in the Indian city of Jaipur and the actors could not attend his mother's funeral due to the lockdown caused by the coronavirus epidemic.

The Mumbai Times, a sub-newspaper of the Times of India, tweeted that Irfan Khan's last words were "Mother has come to take me".

It should be noted that these words were not confirmed by Irfan Khan's family but this statement is also circulating on social media.

Related Posts
Controversial citizenship law is completely against the constitution
We Are Responsible for the Decline of Pakistani Dramas, Noman Ijaz
I didn't Act Husn e Jahan, I lived her : Kubra khan
Feroz Khan also announced to leave the showbiz and live according to Islamic teachings
Nawazuddin Siddiqui Decides Not to Work in Streaming Shows
Lady Gaga, Global Citizen and WHO Organize An 8-hour long fundraising program
Hadiqa Kiani's clear answer to Ushna Shah
Showbiz Personalities Divided Over Abrar-ul-haq's Statement About 'baby Shark'