Two major cinema houses in Karachi, the capital of Sindh province, have revealed that they were pressured to sell tickets for the recently released mega-budget film 'The Legend of Moolah Jat' at high prices, which is why they canceled the film.

'The Legend of Moolah Jat' was released worldwide, including in Pakistan, on 13 October, making it the first Pakistani film to be shown more on foreign screens than at home.

In a big city like Karachi, 'The Legend of Moolah Jat' is being screened in limited screens of a few cinemas and not even in cinemas like Newplex and Arena, as the said cinema owners have revealed they want the film. There was pressure to make the tickets more expensive.

The management of Newplex Cinema confirmed in an Instagram post that the film's distributor, Nadeem Mandiwala, asked them to sell tickets at high prices and impose conditions on them that were against the film's screening policy.

According to the Newplex organizers, they have always facilitated the screening of Pakistani films. Due to this, their cinemas have earned record profits and are still ready to show every Pakistani film on easy terms, but they sell expensive tickets.

According to Cinema Antamiya, selling expensive tickets due to recent economic problems is inappropriate and harmful to the cinema industry.

Similarly, Arena Cinema also revealed in an Instagram post that they were pressured to sell tickets for the film at high prices, but they refused to do so. Still, soon, 'The Legend of Moolah Jat' will be shown in their cinemas.

On the other hand, the film's distributor, Nadeem Mandiwala, said he would hold an official press conference on this issue in a few days.

Earlier, he had confirmed while talking to Dawn Images that the initial day's tickets of 'The Legend of Moolah jat' were sold at Rs 100 to Rs 200 more.

The ticket for 'The Legend of Moolah Jat' sells between 950 to 1300 rupees, and usually, the ticket price of movies in Pakistan is up to 800 rupees.

There are reports that 'The Legend of Moolah Jatt' was made on a budget of Rs 60 crore, and the film has collected more than Rs 50 crore worldwide in its first week. 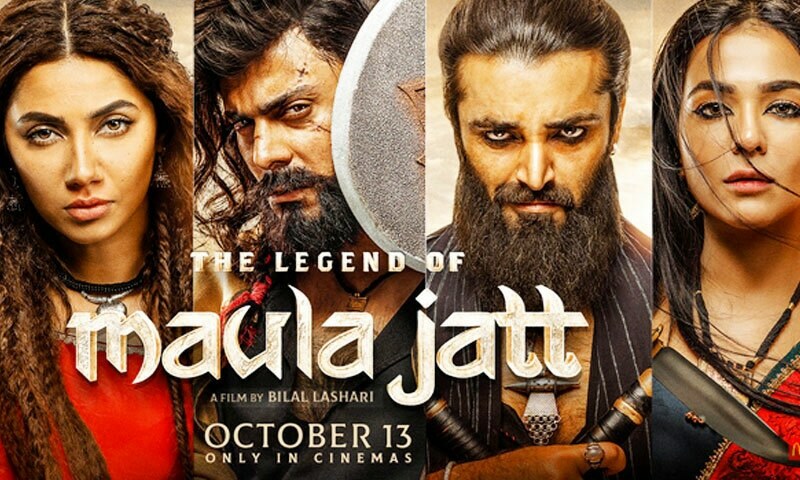 Exports grew by 13.6% during February

Lies are a major cause of marriage breakdown in the showbiz industry: Sanam Marvi