Children Refuse to go to the picnic, parents took the Wi-Fi router with them
Brisbane: Over the past decade, the rising generation has understood social media and the Internet itself. In Australia, such children refuse to go on a picnic with their parents, which they take to a picnic with "the busiest person in the house" - Wi-Fi router for comfort and entertainment.

The fact is that Australian resident Casey Lengan and her husband planned a picnic to have a good time with their three children, but their two children refused to say that they had access to the Internet and social media. All the fun is there so they are not interested in going to a family picnic.
Hearing the response from the children, Cassie and her husband made a strange move. She told her children that picnics are meant to take time out of their daily engagements and have fun. In this sense, their home-based Wi-Fi router, which allows all households to be connected to the Internet at all times, is the busiest person in the house. Therefore, even the busiest person in the house needs comfort and entertainment.

Having said that, they also took the Wi-Fi router with them while going to a picnic. But that didn't just end there, but Casey and her husband treated the Wi-Fi router as if they were the main household member. Along the way, pictures of the Wi-Fi router were taken, it was saturated, rested on the sand of the beach, so everything the parents do for the picnic is done for their children.

After a picnic, Casey shared all these pictures with her acquaintances on social media and wrote the whole story. For them, the Wi-Fi router is the busiest and responsible person in the house, which has been providing Internet access to all households for a long time. Thus, this router is also the most important source of entertainment and information for their entire family.
"We thought that if our kids think they don't have to go to a picnic, then the person at home must find comfort and fun," Casey told a website representative. Works more ". 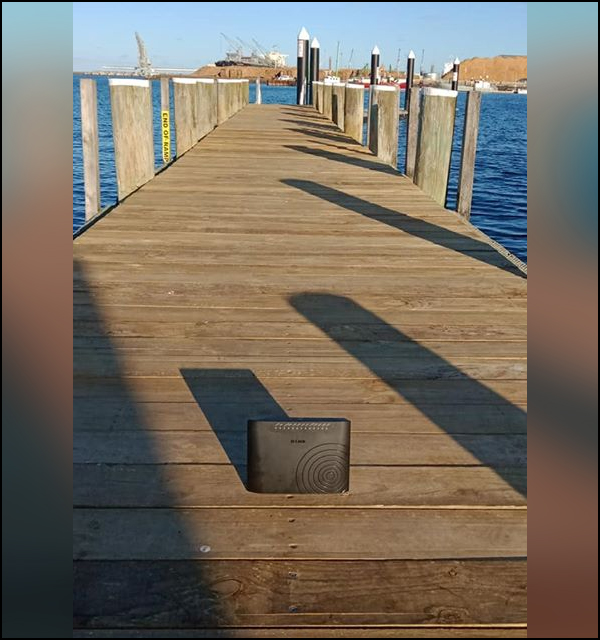 After the news has gone viral another debate has arisen: was this parent's attitude with his children appropriate? Isn't it because our new generation has enslaved technology so much that it has lost its sense of real entertainment and its importance? Is it now time to start living with lifeless equipment more than to spend time with family?

Therefore, this post has raised many questions which are directly related to the interplay of technology and human interaction.

Pervez Musharraf has been Admitted to a Dubai Hospital
Related Posts

Thought of Suicide 2 Times Due to Depression: Nazish Jahangir