Bollywood actress Richa Chadda and actor Ali Fazal announced in February this year that the two will marry in the last week of April and will announce their new life journey, but now with the first Corona virus outbreak worldwide. Their marriage was also postponed.

While all major gatherings around the world are being canceled due to the threat of the Corona virus, the two actors have also decided not to marry for the good health of their families and friends.

According to an Indian Express report, a statement issued by the two actors said, "Due to the corona virus spreading around the world, Ali Fazal and Richa Chadha have decided to postpone their wedding ceremonies.

"Both actors want their family and friends to be protected from the Corona virus outbreak," the statement added.

Considering that the two actors have been in a relationship with each other for many years, they both worked together in the film and in 2013, they became friends on the same film set.

He also announced his affair to the fans a few months later.

It is reported that apart from Richa Chada and Ali Fazal, Bollywood actor Varun Dhawan has decided to postpone his marriage. 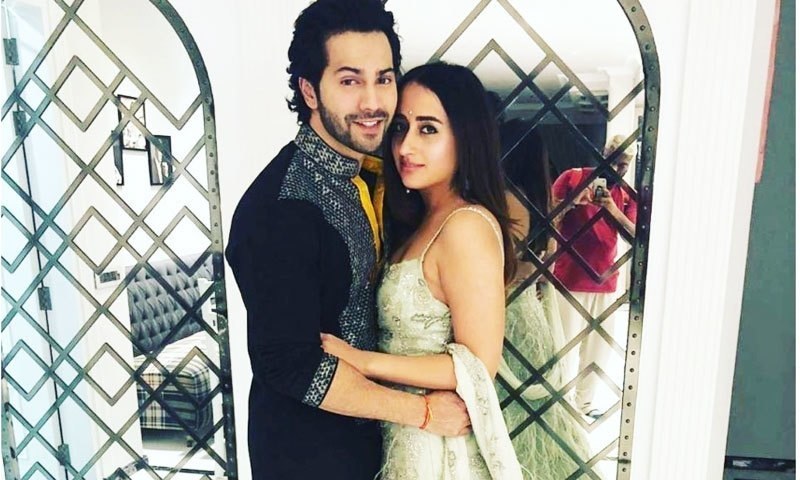 Varun Dhawan and Natasha Dalal have loved each other for many years, photo: Instagram

There were reports that Varun Dhawan was going to marry her childhood friend Natasha Dalal in Thailand this May, but now both of them have also decided to postpone their marriage due to the Corona virus.

However, no statement has been made in this regard from Varun Dhawan.

It may be recalled that in the last three days in India, Corona virus cases have come out more rapidly and by the morning of March 17, the total number of cases has reached 200.

Maharashtra has the highest number of corona virus cases in the state, where the number of patients is up to 40, of which 3 are foreign nationals.

Overall, Corona virus cases have been confirmed in 15 states and federal areas of India till date, and by March morning, the number of Corona killings has increased to three.

The first case of Corona virus in India was reported in the state of Kerala on January 30, 2020.

India ranks first in the South Asian region in terms of corona virus, while Pakistan is second.

The Role of Oppressed Siski Woman Can No Longer Be Played, Sarwat Gilani