Ayesha Omar's Explanation on Allegations of Marriage to Shoaib Malik 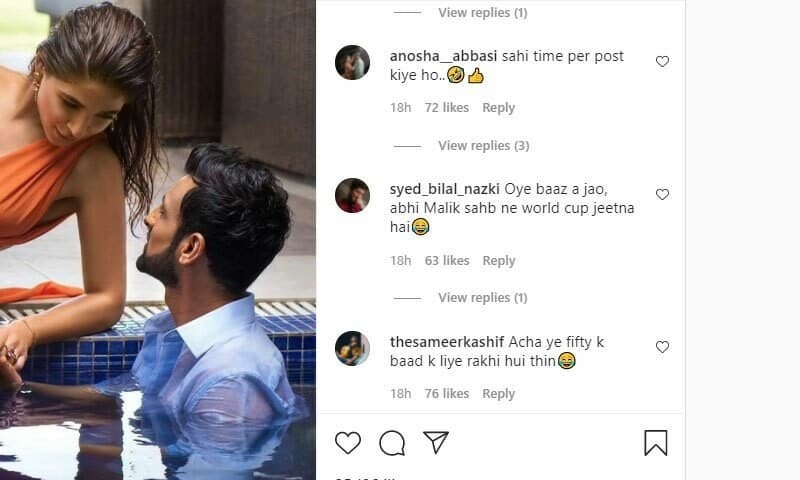 Shoaib Malik scored 54 off just 18 balls in the November 7 match against Scotland. After the excellent performance by Shoaib Malik, Ayesha Omar shared the photos of the old photo shoot with him on her Instagram, on which many people commented and both of them were taken aback.

In the photos shared by the actress, she can be seen in the swimming pool with Shoaib Malik. People criticized her for these photos. Many people reminded the actress of the values ​​of Sharia and society while some people even used very harsh language against her. 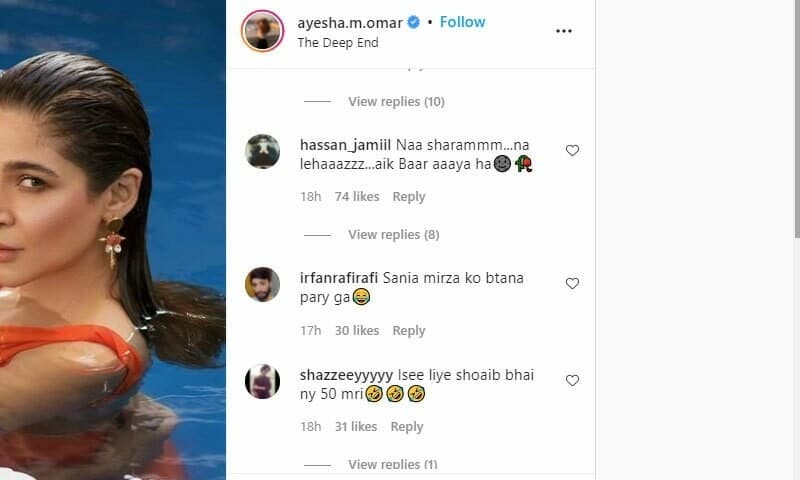 Some people taunted the actress that she had kept the photos of the photo shoot for Shoaib Malik's excellent performance and when the cricketer played a brilliant innings, he shared the photos with her. Commenting on her photos, a fan asked her if she planned to marry Shoaib Malik.

The actress told the questioner that she and Shoaib Malik have a lot of respect for each other, they have a good friendship and that there are such relationships in the world. Remember that the photos that Ayesha Omar shared now are from two weeks ago, however, the actress has now shared them on her Instagram.

The photo shoot was part of a publicity stunt that went viral and was widely criticized.

Related Posts
Imran Hashmi offers marriage : Meera
Pakistani Celebrity Actress Meera Sethi Secretly Married
The best style of Celebrities of Pakistan in 2019
Is it really necessary to go to the bazaar and shop for Eid at such a time? Sanam Saeed
A Struggling story of Pakistani-American Shafqat khan who helping immigrants
Being a Part of a Disney Movie didn't help the Career at All
Hiba Bukhari and Arez Ahmed's Wedding Celebrations Begin
Actress Zainab Jamil Has Also Announced to Quit Showbiz for the Sake of Religion