Ayesha Omar and Shoaib Malik, a member of the national cricket team, recently had a daring picture session for a magazine, the results of which have gone viral on social media.

Ayesha Omar and Shoaib participated in a photo session for a Pakistani magazine, and the images were published on social media by both of them.

Shoaib Malik, a cricketer, and Ayesha Omar, an actress, posted a photo of themselves on the cover of the magazine on social media. This picture session was done for Celebrity News Magazine OK Pakistan by both of them. "He always likes to work with his pals, he liked working with the staff of this magazine," Shoaib Malik said on his Instagram account, sharing the magazine's cover. 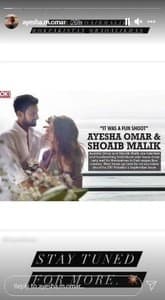 Actress Ayesha Omar, on the other hand, has also shared this picture shoot with Shoaib Malik, as well as an Instagram storey with her admirers. Since the images went viral on social media, people have condemned the photo shoot. Some people chastised Ayesha Omar, while others said that Shoaib Malik should have done a photo session with his wife Sania Mirza.

everyone: malik should be in the squad

On Twitter, people are also making funny remarks on Shoaib Malik's photo shoot. Everyone is claiming Shoaib Malik should be in the team, and he is having a picture session here, according to one person. 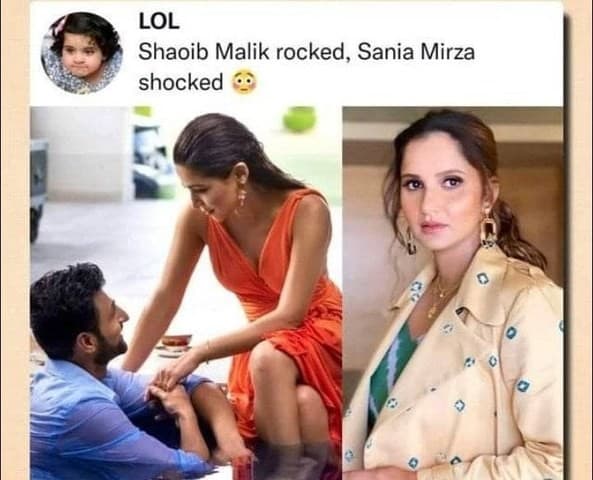 Shoaib Malik is 'Rock Sania Mirza Shocked,' according to another user. Shoaib Malik is now a member of the T20 World Cup squad, while actress Ayesha Omar may be seen in the comedic drama 'Bubbles.'

I never wanted to be an actor

The 9-year-old movie's popularity with the Corona virus increases