Arrangements Have Been Made, Will Leave for America Soon, Wife Omar Sharif

Legendary actor, comedian and host Omar Sharif's wife Zarin Ghazal has confirmed that due to special measures taken by the federal government, arrangements have been made for her visa and air ambulance thanks to the Sindh government.

Omar Sharif has been ill for the past one month and is undergoing treatment at the Aga Khan Hospital in Karachi. A few days ago, Omar Sharif had demanded from the hospital bed that the government issue a visa and provide an air ambulance. Now his wife, actress Zarin Ghazal, has confirmed that the federal government has completed visa arrangements for Omar Sharif and other members of his family and they are likely to get visas within a day.

He also said that after getting the visa, he will leave for the United States on September 15 or 16 by air ambulance. According to Zarin Ghazal, he will go to George Washington University by air ambulance, where actress Reema Khan's husband Dr Tariq Shehab has already made all arrangements for Omar Sharif's treatment.

He said that Dr. Tariq Shehab has already prepared the medical team and his treatment will be started as soon as Omar Sharif arrives in the United States. On the other hand, Dr Tariq Shehab also told Geo News that Omar Sharif's treatment could continue for a week while his recovery could take up to four weeks.

Neither Dr. Tariq Shehab nor Zarin Ghazal explained about Omar Sharif's illness, but the actor's wife said in her Facebook post that her husband's health is better than before. According to Zarin Ghazal, the doctors made arrangements to improve Omar Sharif's health, which has now enabled him to travel in an air ambulance and he will soon leave for the United States for treatment. 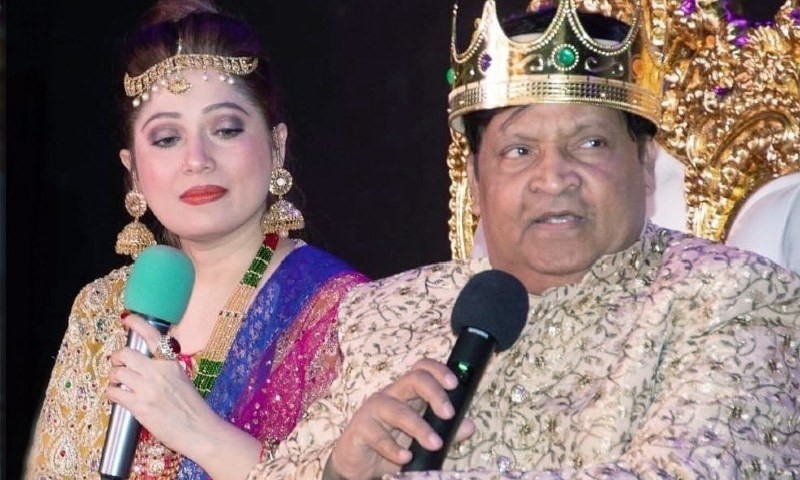 At the same time, Zarin Ghazal in a Facebook post also expressed grief over the fact that people shared photos and videos of Omar Sharif's hospital bed on social media. He also thanked the federal and Sindh governments in a Facebook post and appealed for prayers from the fans. Omar Sharif has a heart condition and has been in hospital for the past month.

Initially, his family last month denied reports that the actor was ill or hospitalized, but later admitted that Omar Sharif was undergoing treatment. When Omar Sharif's condition deteriorated in the hospital, he sent a video message to Prime Minister Imran Khan seeking help for treatment abroad. The federal government had set up a medical board for Omar Sharif's treatment after he sought help, and now the actor's family has said that all arrangements to go abroad are almost complete and he will leave for the United States in two days. Will

What are Hamza Ali Abbasi and Naimal Khawar Khan doing during the lockdown?